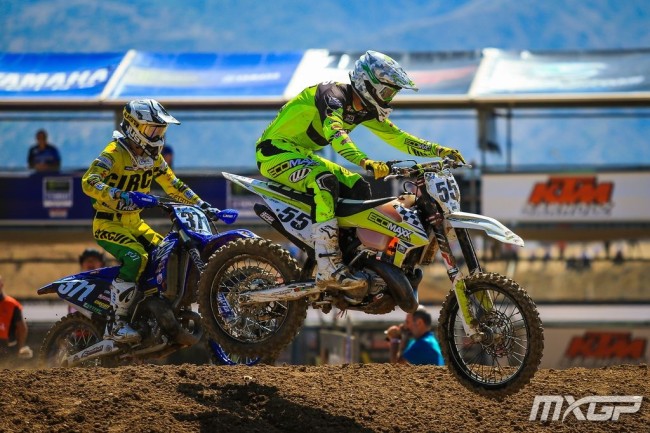 At the final round of both series’, the champions have been crowned in Turkey.

Since making the move to contest the WMX series, Courtney Duncan has been chasing the WMX title and she finally made it happen this year after signing with the DRT Kawasaki team.

“I’m lost for words. It’s just indescribable, I came here and won my first race and expected so much. I just had to take my time and learn from these mistakes. When we felt like quitting we kept going and here we are, World Champion”, an emotional Duncan commented.

Going into the final moto only a point separated Brad Anderson and Mike Kras in the EMX2t series so it was the case that winner would take all in the last moto.

It was Dutch rider, Mike Kras who won the moto and therefore the championship leaving Brad Anderson very disappointed after making the long trip to Turkey and leaving without the title.

“I’m so happy, I’m so glad my kids will be able to remember me as a champion. Yesterday I rode good but one mistake cost me winning it. Today, there was too much water so you had to take it easy but this is what I’m good at. I really wanted to take the title home and now we are going to celebrate”, Kras commented.