Who won’t be racing the MX2 World Championship in 2019! 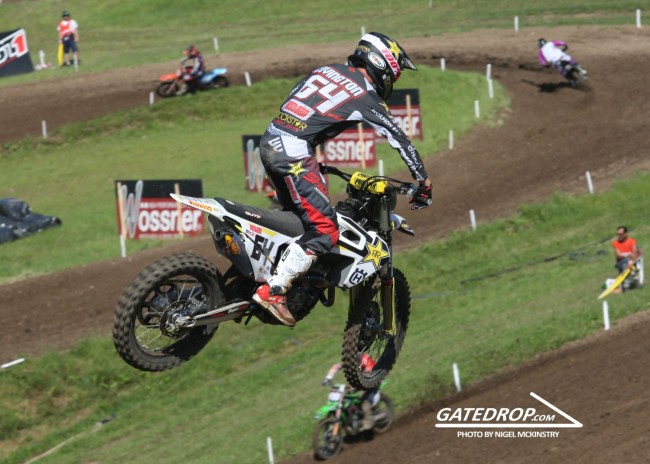 Due to the under 23 age rule and other circumstances there’s a total of seven riders that we definitely won’t be seeing in the MX2 World Championship next year and one rider that’s unlikely to stay in the class.

We’ve drawn up the following list so you know who will be racing a different series in 2019.

Due to the age rule..

Russian talent, Vsevolod Brylyakov signed a deal with Kemea Yamaha in what would be his last year in the MX2 World Championship and the deal included an option of an MXGP ride in 2019 too. However, as the Russian was just starting to show us what he could do, he picked up another injury. He put his leg down in a wave section and twisted his knee which is pretty unlucky. Unfortunately, Brylyakov career has been hit with a number of injuries and we might not even see him back this year. It’ll be interesting to see where the Russian ends up in 2019 but the important thing for him is to get a full season under his belt next year. His fill in rider at Kemea Yamaha, Anthony Rodriguez will also be too old for the series in 2019 so won’t be staying beyond this season.

TM have always been pretty loyal to Italian, Samuele Bernardini and now they’ve to make a decision as to whether to keep him in MXGP for 2019. They have Max Nagl competing the MXGP World Championship this year and you’d imagine they’ll want to keep the German for 2019 so will they have a bike for Bernardini in MXGP as well? Time will tell on that one. It’s likely there will be plenty of Italian teams that will be interested in Bernardini if the time has come for him to leave TM.

Another Italian that we won’t see racing MX2 next year is SM-Action Yamaha rider, Simone Furlotti. This is his first full season in MX2 and his last after he decided to contest the EMX250 Championship last year. It’ll be interesting to see if Furlotti takes the decision to move up to the 450cc or stay on the 250cc and focus on the Italian Championship. Who knows, he might even decide to contest the EMX250 Championship again and try to win the title with his experience of racing MX2 certainly making him a better all round rider.

Dutch rider, Micha Boy De Waal actually switched to a 450cc machine a few years ago before getting the opportunity to race the MX2 World Championship series again with the VAMO Honda team. It’s certainly a possibility that De Waal will go back to the 450cc next year and focus on the Dutch Masters of Motocross.

American rider Marshal Weltin, will need to make a decision on his future as he’s too old to contest the MX2 World Championship next year. Normally an American would make the decision to go back home and race but Weltin seems content with life in Europe and also has a Belgian girlfriend. A very big decision lies ahead for Weltin. Also, as both VAMO Honda riders are too old to race MX2 next year, they’ll have a new rider line up in 2019 which will be worth keeping an eye on.

Due to other circumstances..

After Suzuki dropped out of the paddock last year, Hunter Lawrence signed a deal with Honda and the deal included that’d he’d be racing for Geico Honda in 2019 in America. The start of the season hasn’t gone according to plan for him due to injuries and crashes but he’ll be hoping to end the season strongly so he can leave the World Championship on a high.

It’s not official yet but it’s very likely that Pauls Jonass will move up to the MXGP World Championship in 2019. When talking to him in Germany he exclusively told us that even if he doesn’t win the MX2 World Championship again which would mean he’d have to move up that he wants to race MXGP anyway. “You know I’m lets say focused on moving up to MXGP, I want to make steps forward and move forward. That’s my main goal and that’s why I want to move up to the MXGP class”.