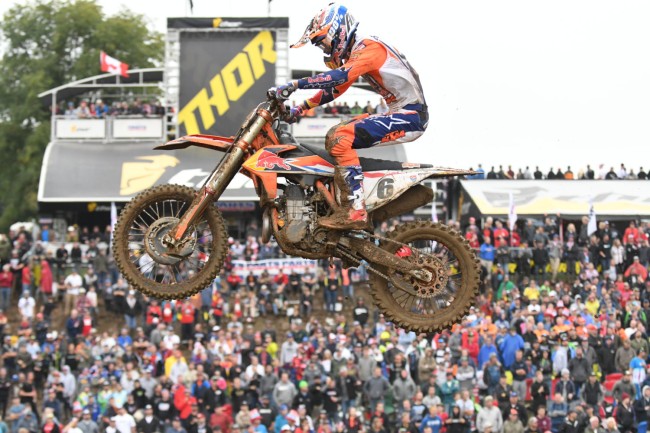 Glenn Coldenhoff: There’s no doubt about it, the Dutch man was the star of the show at this years Motocross Des Nations. All the hype in the build up to the event was Tomac V Herlings but Coldenhoff put on a masterclass performance.

The Factory KTM rider went 1-1 and even beat Jeffrey Herlings, something he failed to do in forty MXGP moto’s this year but he got the job done at RedBud. For the American’s at RedBud that didn’t know too much about the pace in MXGP before the event – they do now!

Alessandro Lupino: During the last round of the MXGP World Championship at Imola, Lupino took a crash and had to ride RedBud with painkillers. However, the Italian dug deep and didn’t let it affect his performance.

The Gebben Kawasaki rider didn’t get a good start in his first moto as was he was buried in twenty-fifth on the first lap but he rode through the pack to twelfth, a good recovery. Thankfully he took a much better start in the second moto as he was second on the first lap. Battling with the likes of Cairoli, Paulin and Anstie during the moto the Italian ended up in fifth. Team Italy ended up finishing second overall and Lupino played his part in what was a great achievement for the Italian’s.

Max Nagl: German TM rider, Nagl only made a return to racing during the final round of the MXGP World Championship but he was raring to go at RedBud. In the past Nagl has been known for his good starts but since making the switch to the TM his starts haven’t been as good but he fixed that at RedBud. In his first moto he grabbed the holeshot but then crash on the first lap which meant he was right at the back of the pack. The German rode his wheels of his TM and got back to an excellent eleventh.

In the MXGP and open moto, Nagl was looking great and comfortable in fourth before making a mistake meant he dropped back to eighth. Nagl proved this weekend that he still has what it takes – he was the fastest in the German team and ended up fifth overall in the open class.

Harri Kullas: The Estonian team always have one rider that stands out every year at this event and this year it was Harri Kullas. In the MX2 and Open moto, Kullas ended up seventh beating the likes of Ferrandis and Barcia to name a few!

In the MXGP and Open moto which has a lot more depth in the class, Kullas ended up a solid twelfth and passed Justin Barcia towards the end of the moto. Kullas ended up an impressive sixth in the open class and helped the Estonians finish up in ninth, another top ten overall result – they always find away to get in that op ten!

Mitchell Evans: The young Aussie was picked to represent Australia after finishing second in the Australian MX Nationals. Evans had a good weekend at RedBud and didn’t do himself any harm in possibly getting an MXGP or AMA ride in the future.

Evans ended up eighth overall in the open class but in the final race of the weekend he was sitting in an impressive tenth and was even catching Ken Roczen! However, on the last lap he made a mistake which dropped him down the order to fourteenth but there wasn’t anything wrong with his speed at RedBud.