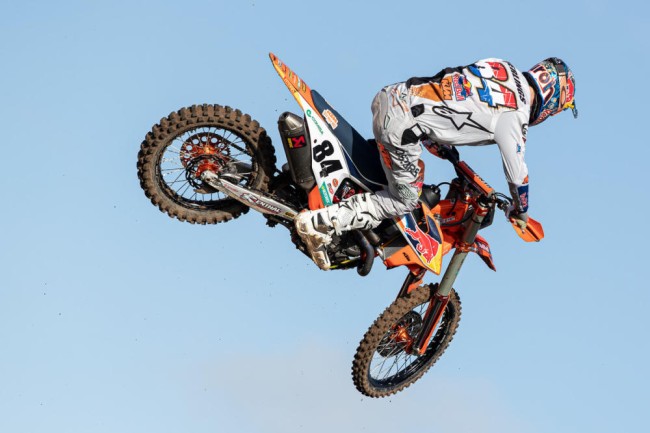 Jeffrey Herlings: Are we finally seeing a mature Jeffrey Herlings? The Dutchman even said he didn’t want to win every moto this year after race two and it was obvious he wasn’t bothered about chasing down a fleeing Tim Gajser for the moto win when he knew he had the overall sewn up with a 1-2. Like Ken Roczen, the pain of injuries seem to have caught up with Herlings and he is willing himself to play it smart even if it goes against his instinct. How long that will last in the heat of a championship battle remains to be seen but as of now Herlings is backing up what he said pre-season with his riding on the track. Even in moto one he never looked rushed, he saw Evans behind him, did a couple of quick laps then appeared to cruise and maintain the lead, exactly how Cairoli played it for years. 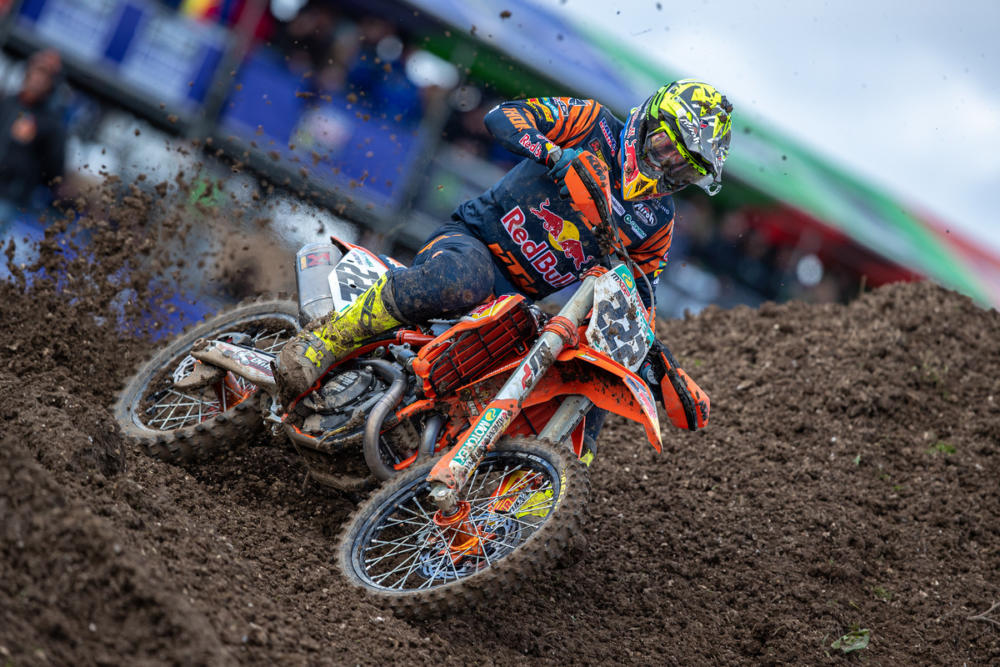 Tony Cairoli: This guy is something else! Still with a shoulder that isn’t 100% and injuring his PCL ligament just ten days ago to the point Cairoli thought his season was over before it started, the nine-time champ got to good starts, rode steady with no risk and ended up on the podium. He is right where he wants to be and seems to be always there or thereabouts not matter what is thrown at him. Cairoli said in an interview with Andy McKinstry that he and Herlings weren’t going that fast in race two because both had “give up a little bit.” When you aren’t racing at full speed and still take a third, it shows the level of talent and intelligence Cairoli really has. 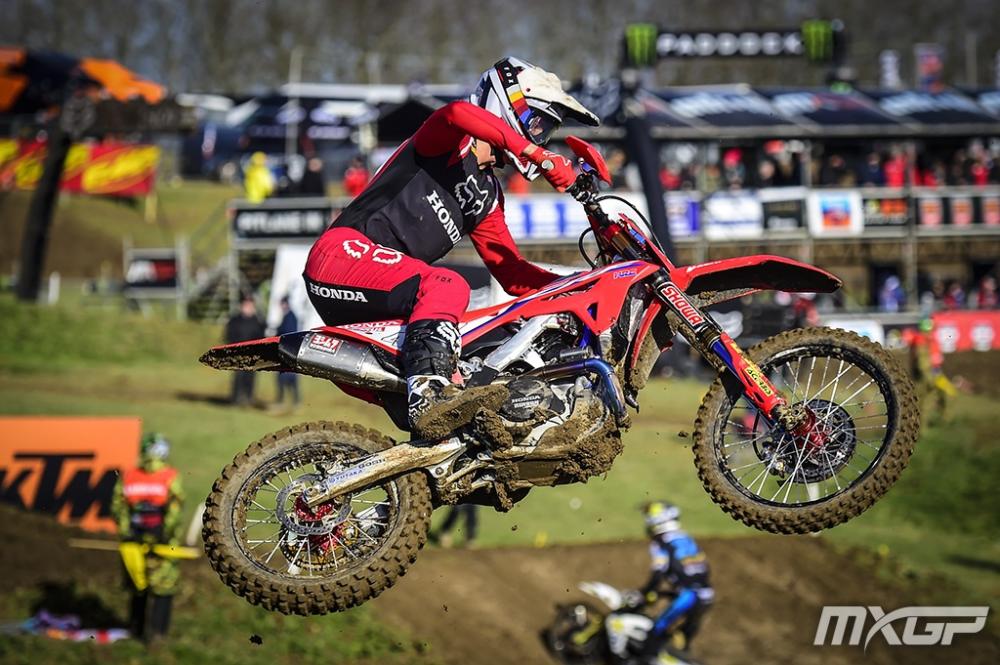 Mitch Evans: What a debut in the premier class for Mitch Evans! The Aussie got a great start in race one and took a third even with Cairoli threatening to catch him towards the end of the race but Evans kept his rhythm and focus to hold Cairoli off for a great first moto in the toughest class in the world. Race two was also impressive but in a different way. Evans gated poorly but came through the field to get up to sixth, eventually losing a position to Coldenhoff towards the end but a 3-7 for fifth overall was a great way to start the season. Evans was in great form pre-season but to back that up with fifth overall at the opener with a stacked field, that’s very impressive. HRC Honda are looking very smart right now with their latest rider acquisition! 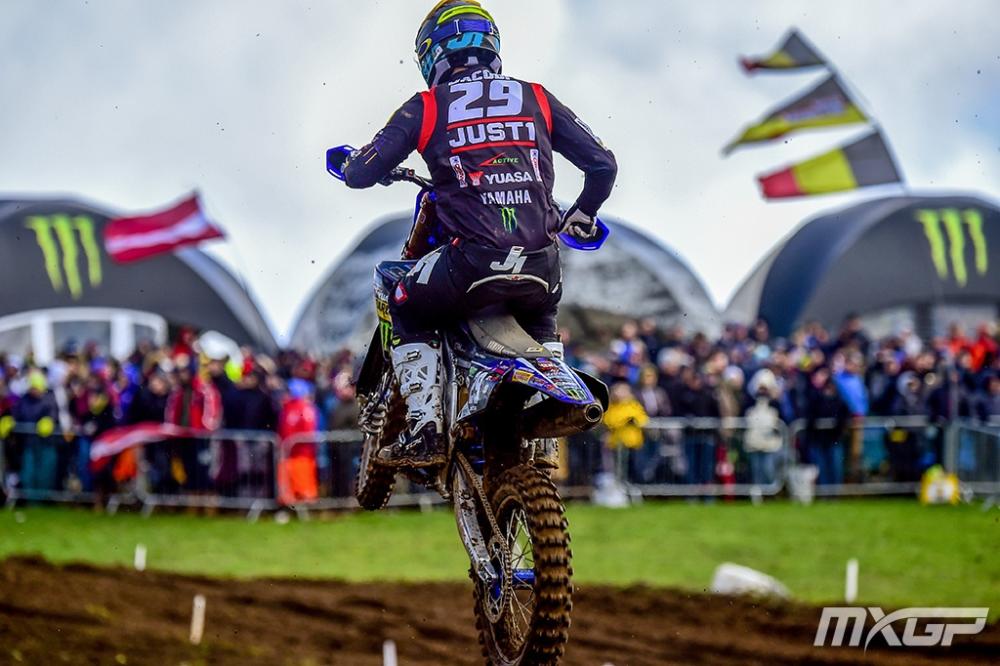 Henri Jacobi: The wild man of MX2 was a bit of an unknown coming into MXGP, especially with a change of manufacturer to Yamaha. Jacobi wasn’t known for his smooth style in MX2 and you wondered if he would suit the 450 but he cast all that doubt aside with a brilliant ninth overall in his MXGP debut on a track that didn’t reward aggression. He was even battling factory mounted Yamaha man Seewer in race two with Evans and Coldenhoff just ahead of him. It goes to show the level of riding in MX2 behind Prado was pretty high as well last year. 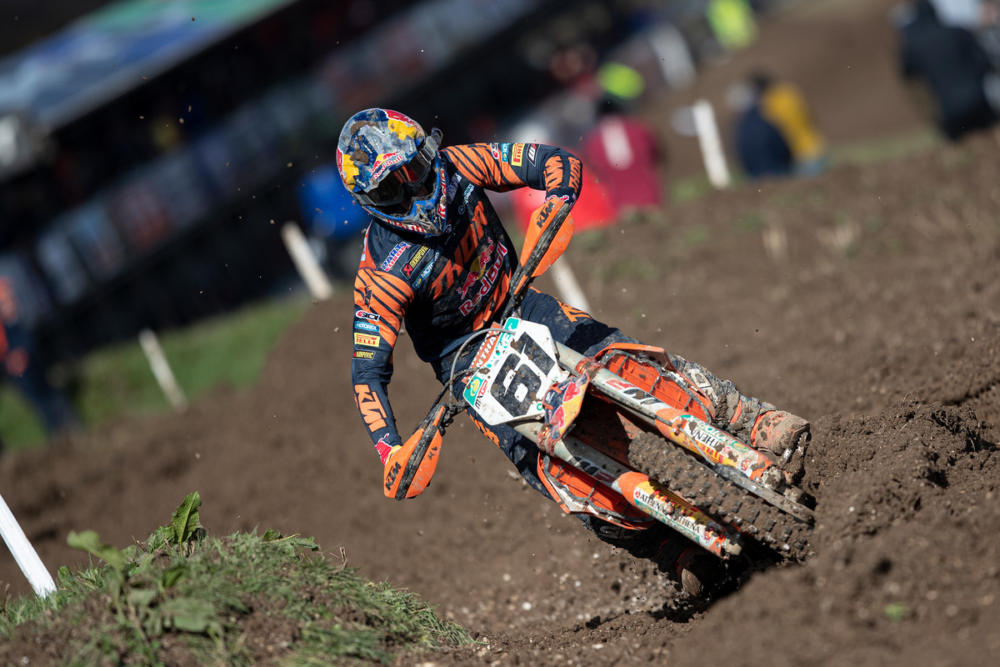 Jorge Prado: He even makes returning from injury look easy! Just two months after breaking his femur, and only two weeks preparation before the first GP, Jorge Prado managed to score a top ten in the most difficult dirt bike series in the world! His technical skills, raw talent and calm mind, meant he looked at ease on the difficult, rutted track and even tried to give Gajser a run in the first moto when the MXGP world champ was coming through the pack. It showed Prado knew that’s where he belonged but he didn’t push over the limit to come away with 21 valuable points despite admitting to getting tired at the end of the moto. Prado isn’t used to battling in the middle of the pack either, so that was another unusual experience he had to overcome but he made good decisions and has to be happy with tenths overall after initially not expecting to be on the gate for another few weeks. Just imagine how good this kid will be when he is back to full fitness!