What’s next for Max Anstie? 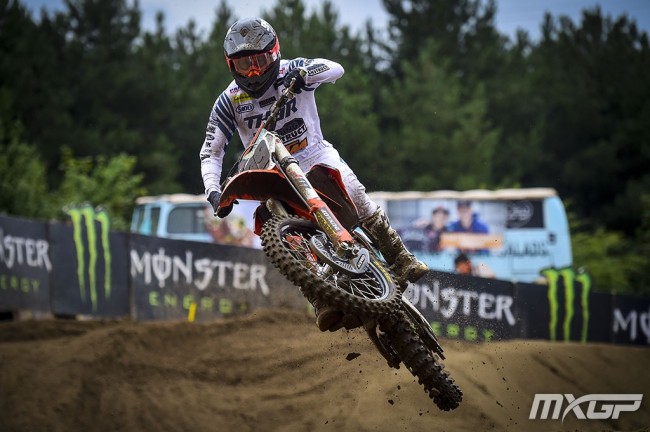 This time last year Max Anstie didn’t have a ride for the following season and it looks like history is repeating itself just one year later.

The Standing Construct KTM team ended up signing Anstie for the 2019 season but have decided against running three riders in 2020 – KTM budget is the likely reason for that. Prado, Herlings and Cairoli all on factory bikes certainly isn’t cheap!

It leaves Anstie in a similar situation to last year. He’s just got back on the bike after an injury and has been doing some supercross training – could he be on the way to America? The Brit made an attempt this time last year but couldn’t get a deal done.

Anstie says he doesn’t know what’s around the corner. “I don’t know. Don’t have anything yet”.

A few weeks ago on my little supey track, first day back on the bike for 6 weeks after my lung. Suspension is a bit soft, tracks a bit tight. A decent bike and some time on a proper track is all I need to be ready for A1. 😝

If Anstie can’t secure a ride in America for the 2020 season then it is thought that Steve Dixon (DRT Kawasaki) is interested in signing him for MXGP next year.

“Our focus is to get results, which then turns into sponsorship. Ultimately we are heavily backed by Kawasaki Motor Europe so we follow their direction, Max [Anstie] could fall into that category because the British series could be a point of interest”, Dixon previously stated.

With Dixon’s interest it’s unlikely that Anstie will be stuck for a ride but it remains to be seen what the future holds for the talented British rider and whether he’ll be in the AMA or MXGP paddock.