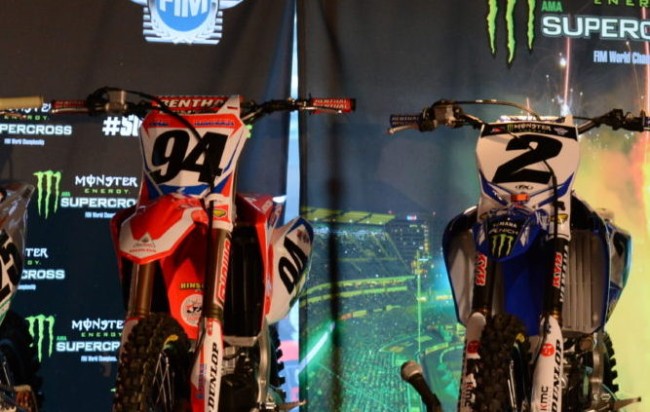 The heat-race aggression between Ken Roczen and Cooper Webb seems to be all down to a girl!

While Roczen is now happily engaged, Webb is going out with Ken’s ex, but the German made some not so positive comments about her recently on social media that clearly did not sit well with Webb, who got aggressive with Roczen in the heat race and nearly put him down.

In the end Webb crashed, allowing Roczen to pass and in the main Roczen stormed through the field to fourth with Webb ending up 10th.

But if they get involved in another battle this week – it could be worth keeping an eye on!

They aren’t the first two riders to get heated over girls – McGrath and Emig had similar tension back in the 90s with Jeremy openly referring to the situation in his book.