Webb: The one thing I kept in the back of my mind was Herlings! 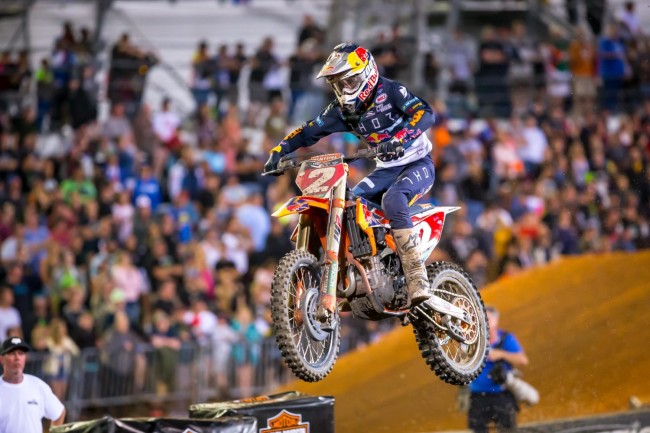 450 supercross points leader Cooper Webb has revealed how he kept his self-confidence during two tough years with Yamaha in the 450 class – and it was partly thanks to Jeffrey Herlings!

“Yeah it’s tough (on not losing belief) but I’ve always felt like I am pretty confident person. I never felt like I lost what I had, it’s just what I was doing wasn’t working,” offered Webb in an interview with Jason Weigandt on Racer X films.

“The one thing I always kept in the back of my mind was, and it sounds silly, was Herlings. My last ever 250 race me and him went head to toe, fast forward two years later and he is the fastest man on the planet! Two years before that I was racing with him, I knew you don’t lose that, you don’t lose the talent, the fight.

“Sure you have to brush your skill and get better but I don’t feel it ever went away. It was just having to find that again, at this 450 stage everything has to be on point. I think I just found a great fit for me and they brought the best out of me for sure.”

And ironically, now that Cooper Webb is back on form, there is a chance he might be racing Herlings again for the win in America, only this time they will be teammates if the Dutchman goes ahead with his option of racing the US Nationals – provided his injury recovers in time!