Webb: That was probably the hardest race I’ve ever had 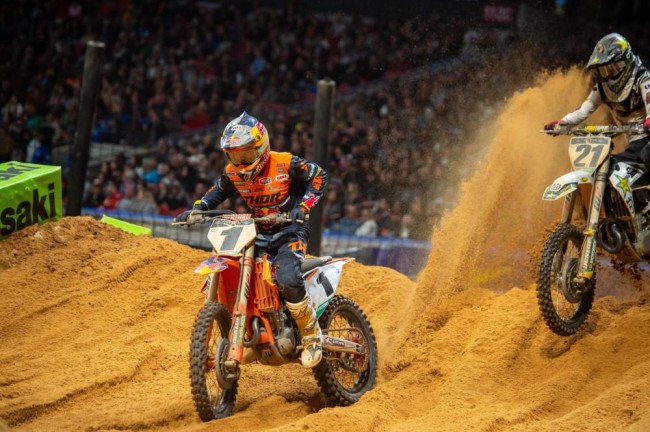 Cooper Webb dug deeper than ever had before in order to deal with the pain of that Arlington crash to somehow, someway come out with a podium and beat Eli Tomac to third place on the night in Atlanta!

The defending supercross champ showed that he is probably the grittiest rider in the States, with an incredible ability to put mind over matter in order to achieve his goals but even Webb admitted this was the toughest race of his career.

“That was probably the hardest race I’ve ever had,” asserted a sore and exhausted Webb. “I was way back and just put my head down and tried to do the best I can. I got a few gifts from the guys ahead of me but man, it was painful. I knew it wasn’t going to be fun or easy, but that’s racing. It’s a long way out but the only thing keeping me going is this championship, so we’ll do whatever we can.”

Webb then added on social media: “I’ve learned so much in racing but last night’s lesson was one for the books. Physically, Mentally an Emotionally I left it all out there on the track with some major adversity. Proud to stand on the podium with a 3rd place finish in ATL. ATL 2020 you were literally a pain in my ass.”