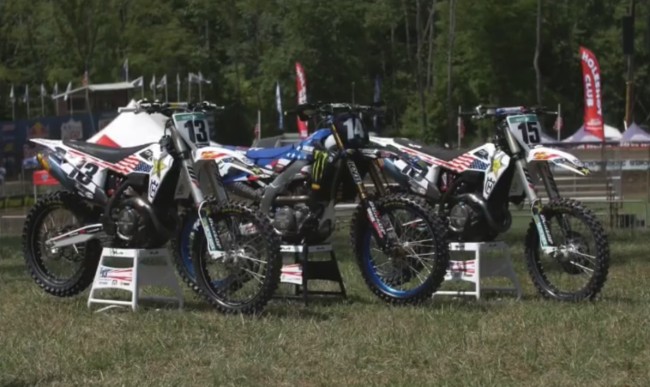 The US team of Zach Osborne, Jason Anderson and Justin Cooper are looking the part after unveiling their look for the 2019 MXoN at Assen.

And they are taking it seriously too with US Nationals promoter and Racer X owner, Davey Coombs, saying in Racerhead that Anderson is planning to be over to Holland to practice in the sand from the beginning of September with Osborne following him over a few days later!

It was also revealed that USA are making arrangements with the teams and Youthstream so the US team can pit together – will the other top countries be allowed to do the same thing?

America mean business this year, so don’t be at all surprised if they are right in the mix going into the final moto in Assen. With the pressure off and plenty to prove the trio are all known for their fighting spirit and never-say-die attitude.

To prove the point, a fiery Justin Cooper mentioned it was “USA v the world” at the MXoN highlighting the mentality of the riders going in, despite the fact every other country is racing against the rest of the world too!

Cooper then added, “the goal is to go there and win, that’s the plan.”

See how they look below: