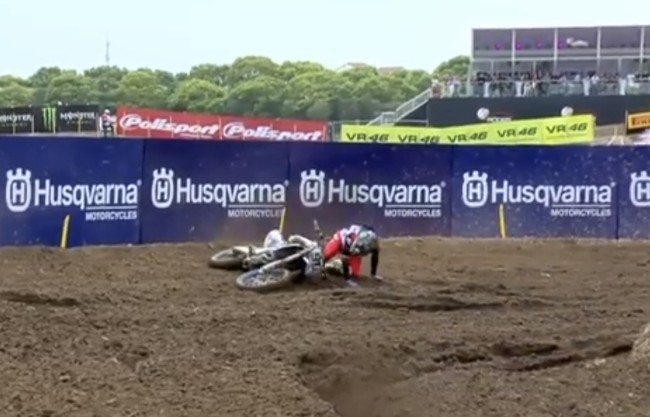 Jeremy Seewer was fired up to win in China – but was perhaps a little too keen!

The Swiss was fighting for the lead in race one with Coldenhoff but went down hard and would hit the deck again shortly after to eventually finish fourth.

Race two and Seewer, sporting a cut to his eye and knuckles after his first moto prangs, fought hard at the front again but ultimately had to settle for third in the moto and hard fought podium in the final GP of the year.

See the first crash in moto one here: