Video: Rizzi at the Stewart compound 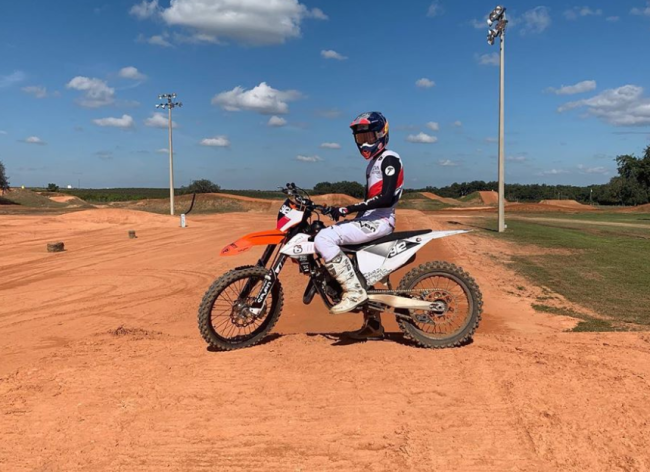 Young British talent, Joel Rizzi is in the U.S at the moment as he’s contesting the Mini Os event which gets underway tomorrow.

Rizzi will be contesting in the 125cc class and has been putting in the laps in U.S soil to prepare.

He’s even been putting in the laps at the James Stewart compoud which is a pretty cool experience!

“Looking forward to doing mini os and im doing 125, schoolboy 1 and schoolboy 2 classes. I got invited to America by the boss of seven mx roger larsen, we became good friends when I was riding for Seven MX and I’m super thankful for him sorting out a bike for me and team rides Unlimted BTo for putting me under there awning”, Rizzi told us last month.

“I don’t really have any expectations, them American boys have come over to Europe and I have smoked them but they are bound to be fast in home soil. Another thing when I go out to America I will be going to Stewart compound wick will be awesome”, added Rizzi.

See Rizzi put in the laps at the Stewart compound below: