Video: Reed’s aggressive pass on Anderson for the lead 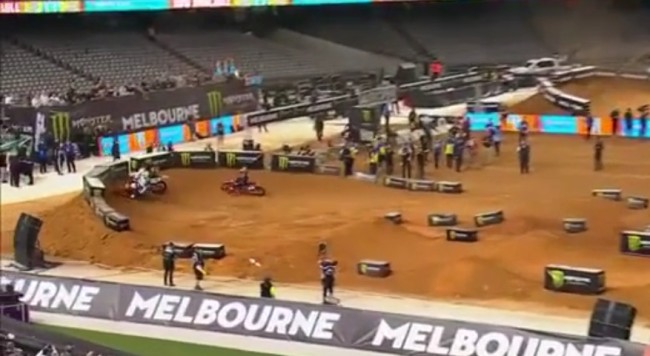 Jason Anderson ended up on the deck when an aggressive and pumped up Chad Reed passed him for the lead in the first main event in Melbourne!

The crowd went wild for their home hero and even Anderson took the pass in good grace saying Reed owed him one from previous battles- Reed clearly hadn’t forgotton either!