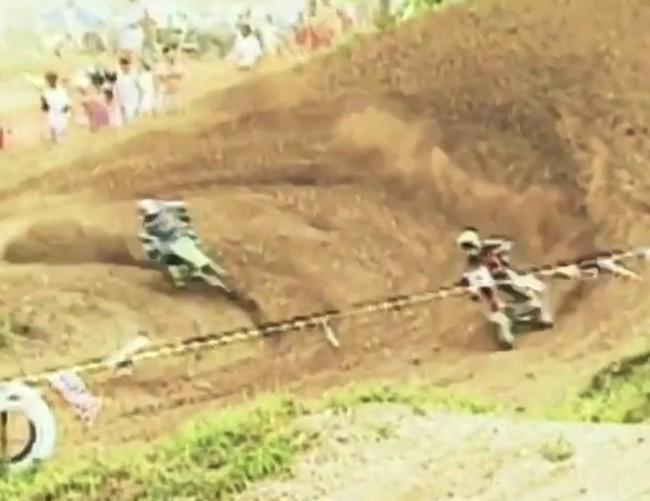 Red Bud has changed a lot in the lawt 20 years! Back in the 90s Red Bud was actually a hard pack track, with deep hard ruts, and a Larocco’s leap that only a handful of guys could make in the races!

Now the track has had sand brought in to give it more grip, but it still had the big ruts even if they are a more sandier version!

Take a look back at clip from 1996 with winner Jeremy McGrath, in his prime on a factory Honda, battling Jeff Emig and Mike Larocco. McGrath whoever would end up losing the championship that year with Emig taking the win after an epic last round shoot-out at Steel City.

See the full race below: