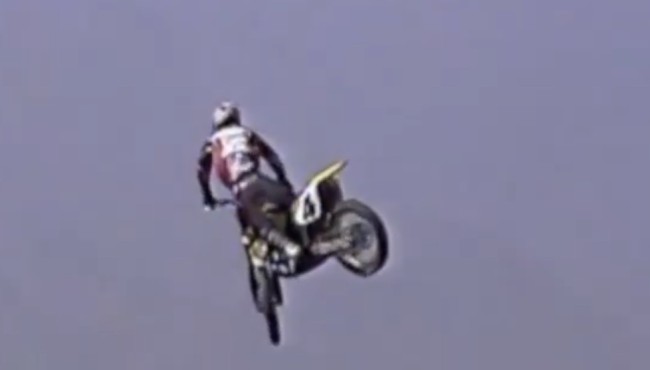 Rare footage from Gary Bailey of Suzuki’s new signing, Ricky Carmichael, testing with Travis Pastrana, but the two didn’t really seem to get along.

Pastrana has previously revealed in an interview that RC didn’t even want him testing with him, saying Carmichael was an asshole! Get his perspective on Ricky below: