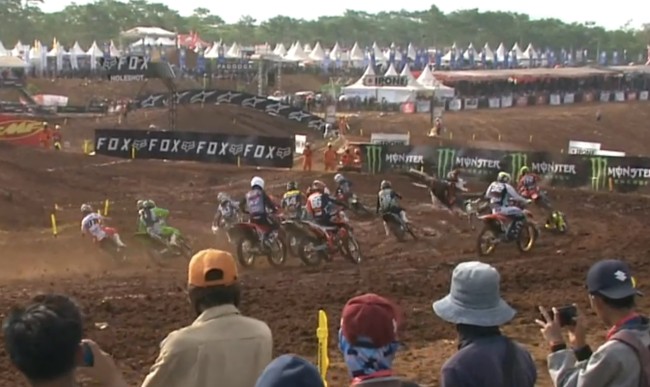 Thomas Kjer Olsen and Bas Vaessen both suffered DNF’s in the second moto after the pair went down really hard in the first turn.

Olsen clipped another rider’s rear wheel and that flung him down hard while Vaessen had nowhere to go and went over the bars after hitting Olsen’s Husqvarna.

Vaessen has given an update saying he had lost feeling in his arms and legs but that it has thankfully came back, however, he will go and get a full medical check-up once he is back in Holland.

Olsen meanwhile says he was pleased to walk away uninjured after the big hit: “I guess it’s been one of those weekends where things should have finished a lot better than they did. The second moto ended at the first corner. Of course, I’m disappointed, but also pleased that I could walk away. It was a big hit. The first moto was a positive start to the GP. It was great to get the holeshot, my first in some time, but I didn’t feel too comfortable with the track. Jorge and Tom were both riding well so I pushed for third. Back to Europe now and onto Loket in two weeks.”