Video: McGrath testing for the 93 MXDN 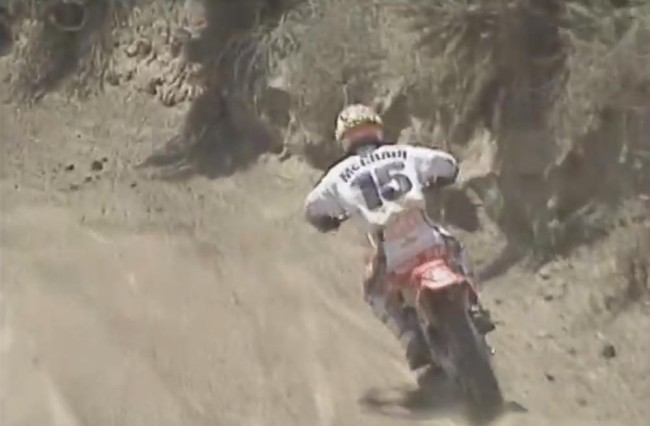 See Jeremy McGrath, the new 250 supercross champion that year, testing his 250 factory Honda ahead of the his MXDN debut in Austria.

The American was fast on his way to becoming a superstar of the sport after winning the 250 supercross title at his first attempt but he was actually racing a 125 outdoors for Honda in 1993.

McGrath would famously stick with the 93 Honda frame until 1996 and then left Honda when they came out with the aluminium France on the eve of the 1997 season with McGrath also saying his new contract was too restrictive off the bike.

At the MXDN in Austria in 1993, McGrath and his teammates Mike Kiedrowski and Jeff Emig would win the event by just one point over Belgium. McGrath would go 4-9 for sixth overall in his 250 class that was won by Britain’s Kurt Nicoll on a tie-break with Stefan Everts.