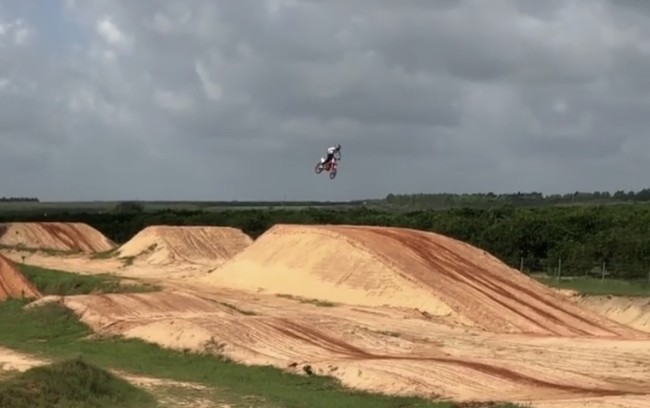 Malcolm Stewart is back on the back after his broken femur in supercross and get some laps under his belt on his spectacular home track.

The MCR Honda rider had been looking good in supercross until his huge crash sidelined him for the rest of the season but looks to be having a lot of fun on his home track filled with massive jumps!