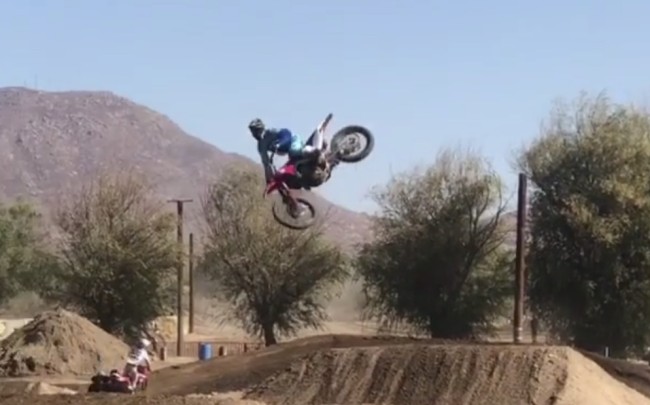 Justin Hill put in some final laps on his new Smartop Honda machine before he makes his race debut with his new team this weekend a the Paris supercross.

Hill was expected to get amongst the front runners in his rookie season last year, but it never really happened despite Hill having some of the best raw speed in the class.

It meant he lost his ride with JGR Suzuki but now the supercross specialist has a supercross only deal with Smartop Honda. The team ran by Tony Alessi has had some great results with Justin Brayton and Malcolm Stewart recently and, if he feels comfortable and has the fitness, Hill could really turn some hands, starting this weekend in Paris.