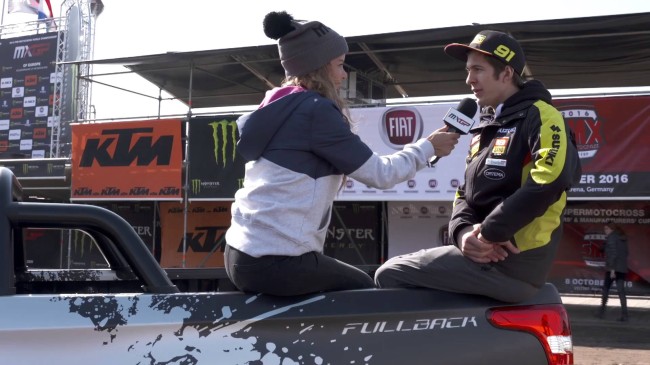 Jeffrey Herlings bizarrely crashed during the warm up lap before the first MXGP moto of the weekend in Latvia.

After the crash, Jasikonis ran over his previously injured foot and Herlings admitted after the moto he was riding in “ so much pain,” but he still ended up winning the first moto. However, he said he wants to get an X-Ray on the foot he waited four months to heal, and the doctors advised no racing for 9 to 12 months!

*UPDATE* Unfortunately Jeffrey Herlings has confirmed he suffered a broken ankle after getting run over after the warm-up crash despite still being able to win that first moto!