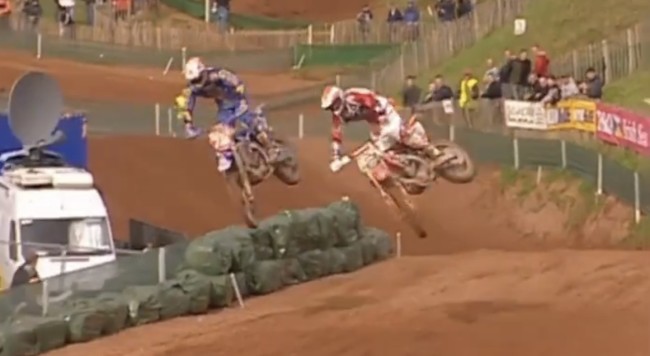 The contrast is styles is evident as Stefan Everts, the rider with the perfect riding technique and most most world titles (10) in motocross history, goes against the fighter that was Josh Coppins back in 2006.

Everts won every round of the 2006 world championship bar one, but it was the driven Coppins who beat him in the second moto at a rough Desertmartin to break the streak on a tie-break!

Remarkably, out of 15 rounds and 30 motos in MXGP that year, the 33 year-old Everts won 27 motos (two seconds and a third when he didn’t win) and then beat US phenom James Stewart at Matterley Basin to end a remarkable career in perfect style and cement himself as the greatest motocross rider of all time.

See Everts and Coppins duel below thanks to 2000s motocross: