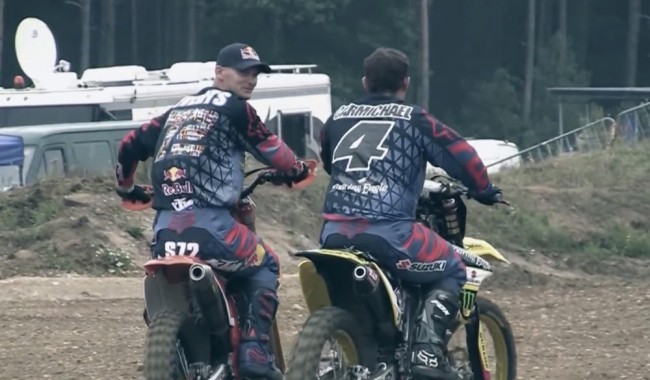 See Everts and Carmichael come out of retirement to ride in Stefan’s charity race and even go at it in the race!

Everts, the elder of the two legends and about 40 at the time, saw his chance to pass Carmichael but RC, a similar age to Cairoli now, kept it pinned and kept Evers behind him – but there was still no mistaking the perfect style of that man Everts whose technique was still unparalleled.

Go on-board too with a 250 mounted Romain Febvre during the event and check out his move on RC at 1m 20!