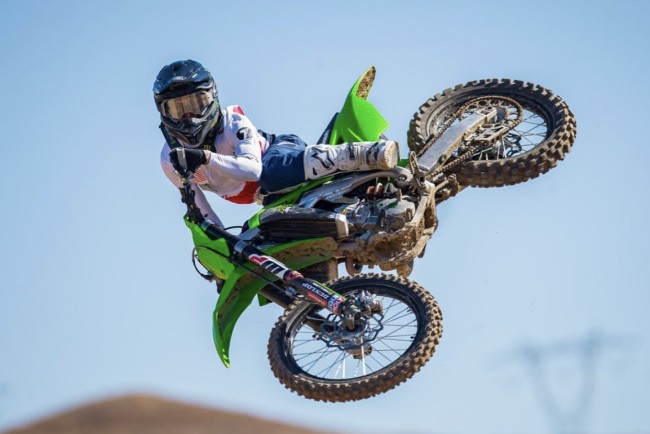 Darian Sanayei is finding his supercross feet after ageing out of the MX2 world championship.

The American, who rode for DRT Kawasaki, struggled with Epstein Barr this year but showed good top ten speed and at times as the season went on, but now his focus returns to supercross and America after years of concentrating on motocross and the world championship.

Sanayei will race the Paris supercross this weekend as well as races in Australia and New Zealand as he gets in the groove before the 2020 season. See him in action below:

Getting a little more comfy on sx 🍼