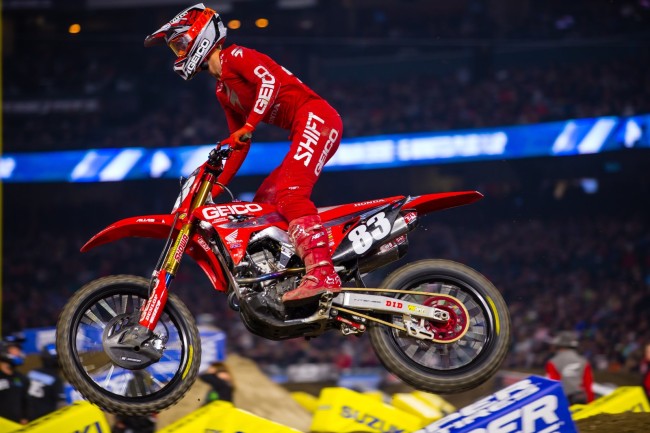 Supreme talent, Jett Lawrence, set the Anaheim stadium alight with a sensational ride that saw him dominate the field until two crashes ended what was about to be a dream come true.

Lawrence looked like he was about to win his first supercross race at just 16 years old out front and cruising with a 10 second lead until a crash let Dylan Ferrandis smell blood. Jett, who was still leading when he got up went over the bars with one turn to go after Ferrandis made the pass and broke his collarbone in heartbreaking fashion. Geico Honda say his return to action is still to be determined, but this kid is special!

See the wild night unfold for the young Aussie here:

F##king proud mate, love you even though we give each other crap, heart breaking to see you down like that, what an amazing ride, you are the faster brother for now 😜 ❤️ @jettson83 #donuts #llama

Brother Hunter Lawrence says he was proud of how his younger sibling rode and that, for now at least, Jett is the fastest of the Lawrence duo!