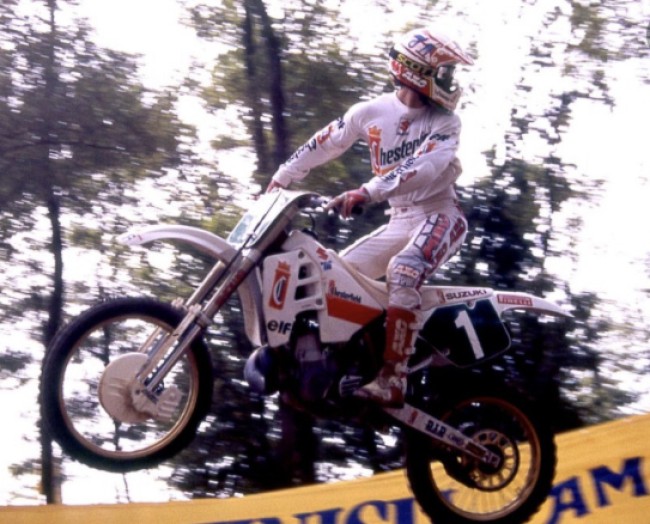 After supercross produced new riding techniques in America in the 80s that also helped them in motocross, Alex Puzar (along with Bayle and a young Everts) proved that the young GP riders were now back on the same technical level as the top Americans as the new decade began.

Even at the MXoN in Sweden that year there was proof things were changing. America still won the event by a point over Belgium but they only won 1 moto out of 6 that day with US 250 supercross and motocross championship Stanton and that man Puzar splitting moto wins in the 250 class and the rest of the motos won by Everts and Herring in the 125s and Martens and Leisk in the 500s.

Puzar was the Italian hero in the early 90s and in 1990 he was a megastar! In front of a fervent home crowd the reigning 250 world champ beat Bayle, Stanton and Parker in what was an epic final moto between the two big GP rivals at the time at the supercross/motocross hybrid Fastcross in Italy that attracted the biggest names from the States and Grand Prix.