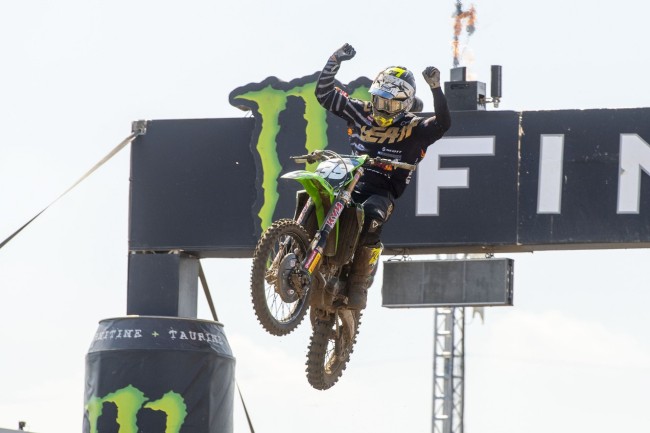 After finishing third in the EMX250 championship last year, there was only one thing Roan Van de Moosdijk wanted to do this year and that was to clinch the title.

After signing with the F&H Racing team and working closely with Marc de Reuver in 2020, it’s clearly made him a better rider and the young Dutch talent hasn’t disappointed this year.

It’s been a three way battle for most of the EMX250 series between Van de Moosdijk, Rubini and Forato but at the end it was the Dutch talent that came out on top.

“I want to thank all my sponsors, my team, my family, my girlfriend. I was a bit nervous but I did what I had to do and now I’m champion”, Van de Moosdijk stated.

Van de Moosdijk will now race the last two rounds of the MX2 World Championship in Turkey and China to prepare for 2020. He’ll also be hoping to get selected to represent the Netherlands at the Motocross Des Nations at Assen next month.