Tony Alessi on SX return: 100% should have called it a season 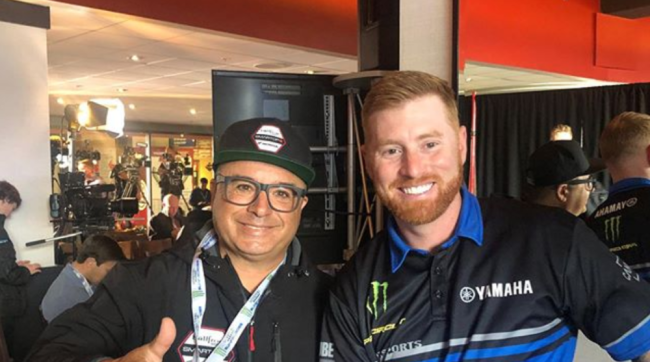 The AMA Supercross season is set to return on the 31st of May at Salt Lake City but behind closed doors and safety measures in place. There’s going to be a round every Sunday and Wednesday between the 31st of May and 21st of June. The riders can then focus on the outdoor season.

Motoconcepts Honda team manager, Tony Alessi has said from his point of view that the season should have just been cancelled because sponsors aren’t getting what they paid for. With no fans in the stadium it’s less exposure so it’s likely sponsors won’t pay teams or will only pay a fraction of what was agreed.

When asked if he prefers the safety guidelines in place or he’d have preferred the rest of the Supercross season to be cancelled, Alessi stated “100% call it a season! Sponsors are NOT GOING TO GET what they paid for, hence they may either not pay at all or pay some fraction of. There’s no fans, no activation and I am sure TV time will be pinpointed towards the championship riders, get my point?”.

Alessi says we are only racing to support the riders, “Glad you see our point of view. At this point we are racing just to support our riders”, concluded the American.

Teams riders and event staff will have lots of new guidelines to follow under the Sx restart plan.