Tomac on missing the podium at Unadilla – exhausted! 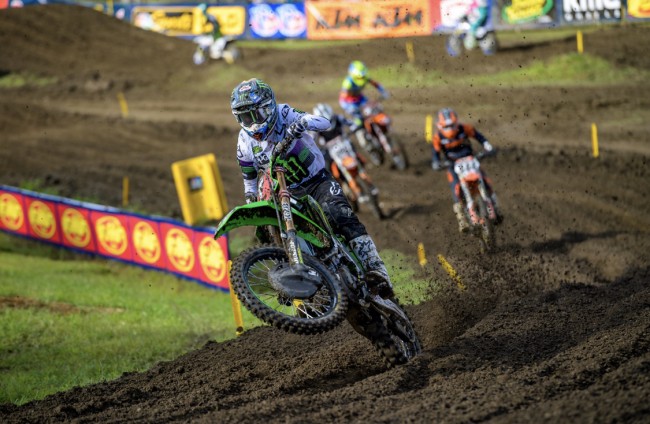 Eli Tomac had somewhat bewildering first moto when he went from first to sixth without crashing! Indeed, if Cooper Webb hadn’t inured his knee while chasing the championship leader he probably would have dropped another spot!

Tomac, by way of explanation, said his body was exhausted: “Although my starts were much better and I even got the holeshot in Moto 1, today was tough. The track was challenging and my body was just physically exhausted so I struggled to find my flow in the first moto. I was able to come back in the second moto and finish strong.

“Of course today wasn’t my best result but we finished the day with a decent fourth overall. I’m healthy and in a good position heading into the last two rounds with the ultimate goal of winning the championship.”