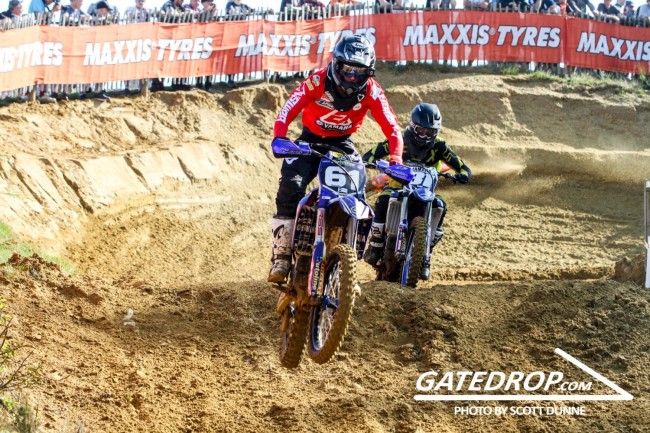 Tom Grimshaw got a chance at the end of the season to race the MX2 World Championship after securing a fill in ride with the JK Yamaha team.

2020 will be all change for Grimshaw as he’s secured an MX2 World Championship ride – he’ll contest all the rounds that take place in Europe. It’s also a change of teams as he’s inked a deal with Chambers Husqvarna who will step up to the GP paddock.

As well as the MX2 World Championship, Grimshaw will race the Maxxis British Championship and MX National series in the UK.

“I have signed with Chambers Husqvarna for the 2020 season who will be stepping up and becoming a European Only world championship team, I am very excited for the opportunity to ride in the GP’s again. On top of racing GP’s I will of course be racing in the Maxxis and the Mx Nationals where hopefully I can get some solid results on my new bike”, Grimshaw told GateDrop.com.