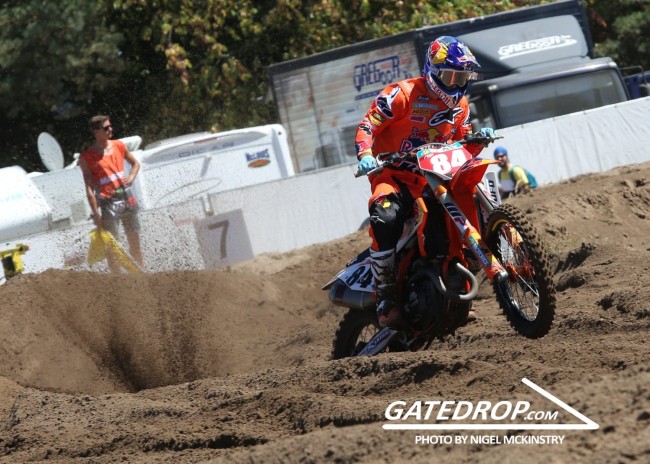 The KNMV have selected the Netherlands team that will head to RedBud for the Motocross Des Nations event taking place later in the year. There’s no real surprises in terms of the team selection as Jeffrey Herlings and Glenn Coldenhoff retain their spot in the team.

With Brian Bogers currently out injured, Calvin Vlaanderen has been selected for the MX2 spot. Even though Vlaanderen was born in South Africa and spent the first 15 years of his life there, he’s spent the rest of his life living in Holland and has a Dutch passport as well as riding under the KNMV federation.

The Dutch team for this years Motocross Des Nations is as follows:

The KNMV made the announcement as you can see below: