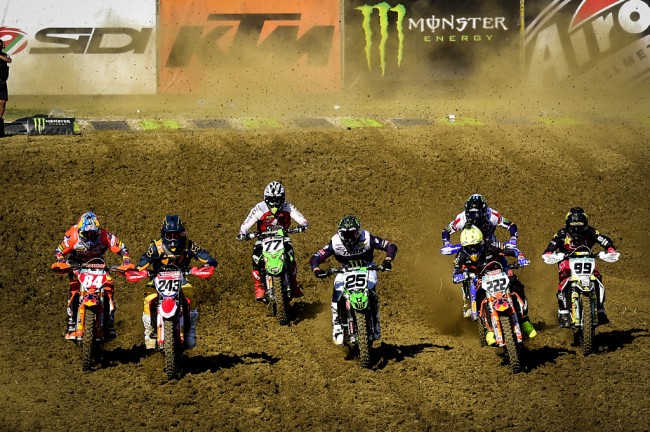 Andy McKinstry: So, the 2019 MXGP calendar has recently been revealed. A few surprises that I noticed straight away was that Argentina appears to be off the calendar. It’s a shame because that’s probably the best fly away GP but with the first round still TBA I guess it could still be the first round – very unlikely though.

I’ve seen a lot of people not happy that Argentina is off the calendar and yet there’s so many people complain about the fly away GP’s. Let’s just give the Hong Kong and Chinese rounds a chance, they might just surprise you and be just as good! The Chinese round will take place on the 1st of May which is a Wednesday, I’m not a fan of holding a midweek GP, would much rather it on the weekend!

In terms of fly away GP’s I feel like four is a good number to have and at the moment there’s four confirmed, if the first round is a fly away it will then be five. Trips to Turkey and Russian on top of the fly away GP’s will also be expensive for the teams.

If the first round of the series isn’t in Argentina then I’d like to see it be held in Europe – who knows, maybe RedSand would be good! Holding Matterley Basin in March could be risky but that’s when Steve Dixon wanted to hold the GP so fingers crossed it’s a cracker and weather isn’t an issue.

There’s good versatility as usual in the calendar with hard pack tracks like Matterley Basin, Loket and Teutschenthal and then sand tracks like Valkenswaard, Lommel and Kegums. Then add in a few man made tracks such as Frauenfeld and Imola along with the fly away’s and we have a pretty cool calendar.

On a side note, the AMA outdoor season ends before the last two rounds of the MXGP World Championship. Wouldn’t it be cool to see the American riders selected for the Motocross Des Nations race in Turkey and Imola to check out their competition before Assen?

Jonathan McCready: The calendar looks good in general but it is a shame Patagonia Argentina isn’t the first round. It’s the perfect location at a superb track with good weather, and a large fan base that really helps show-off the MXGP series, and provides a perfect kick-off to the year with all the hype unleashed on a brilliant track.

Like most people,I feel  the British GP in March appears risky but hopefully the weather will co-operate and it would be nice for the Aussies or Kiwis to get some rounds there, and you would think Japan would also be a good location for a world championship to get too!

China will be interesting though, it’s good to take the series to new territories and bring the sport there and it’s nice to have Russia there and an old-school hard pack track alongside the new places like Imola as well. There is certainly a lot of variety for every rider and fan’s taste.

The season is squeezed in between March and September this year and that doesn’t leave much rest for the riders. Starting the series in February and ending at the end of September with the MXoN the first weekend in October might make things a little easier on teams during the season who have quite a lot of GP events each month now.