Talking point: Gajser and the MEC 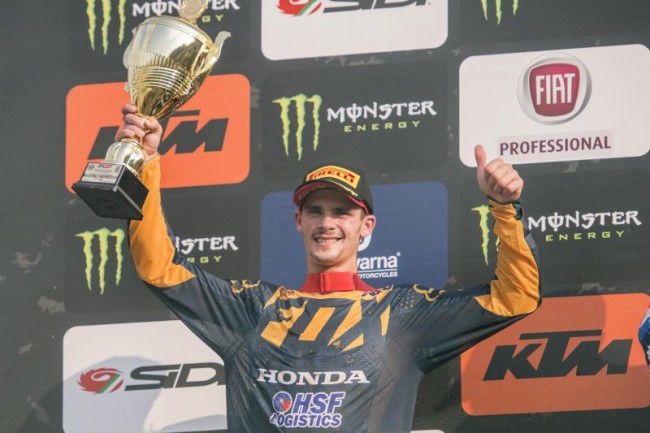 Andy McKinstry: From a personal point of view I can totally understand why Gajser is racing the Monster Cup. The Slovenian grew up wanting to make the move to America at some stage and that now looks very unlikely to happen.

As he looks to be staying in the MXGP World Championship for the rest of his career, it makes sense for him to do the odd race in America when the schedule allows him too. However, is it wise for him to contest the race? That’s another debate.

Gajser has had a few too many crashes this year and the last time he contested the MEC he had a pretty big crash. Supercross can be very unforgiving if you crash so let’s hope he goes there and gets through in one piece.

You have to respect Gajser, in an era were riders are moaning quite a bit and wanting time off after the season, there’s no stopping Gajser. After a long MXGP season, he’ll race the Motocross Des Nations then head to America to contest the Monster Cup. If only certain AMA riders had that sort of attitude!

After the Des Nations, I imagine Gajser will be practising quite a lot of Supercross to get ready for the Monster Cup. Is it the best idea? The 2020 MXGP season is going to be very competitive with the likes of Prado, Herlings, Cairoli, Febvre etc. The wise thing might be to have a break after the Motocross Des Nations to recharge the batteries then start testing for the 2020 season. Hopefully doing the Monster Cup won’t hurt his prep too much for the MXGP 2020 season as it’s going to be the toughest season yet.

As for how Gajser will perform at the Monster Cup, I don’t think there should be any real expectations put on his shoulders. He should just go there, have some fun and experience the Supercross buzz. Getting through it in one piece is the most important thing so he can then turn his attention to the 2020 MXGP season.

Jonathan McCready: I think after another world title it’s nice that Honda is allowing Gajser to have another crack at the Monster Energy Cup. While it didn’t go great a couple of years ago, Tim was pretty fast and running top 10 with limited preparation until he went down hard.

The problem with supercross is one mistake can have big and painful consequences, Tim is known for a big prang in motocross, so injury risk has to be on the minds of the Honda team as it’s not really ideal to just have a week or two prep for a new sport. But Tim has earned this shot, he has always wanted to race in the stadiums and doing this race at the end of the year is a nice reward for him after wining his third world title.

However, with Prado coming in and a fit Cairoli and Herlings back for 2020, the MXGP class is going to be even more competitive than ever so any injury could really hamper his key winter preparation for what will be an intense 2020 GP season. So, while he has nothing to lose at the event itself, his biggest pressure is staying injury free so it won’t hamper his 2020 Grand Prix season.

Hopefully Tim will stay safe and enjoy the experience, it certainly adds a new and interesting storyline to the strangely timed race that is staged at a fairly bizarre time of the year, making it hard to draw any conclusions on the pace of the supercross regulars nearly three months out from the AMA supercross season.