Switzerland down a rider for main event 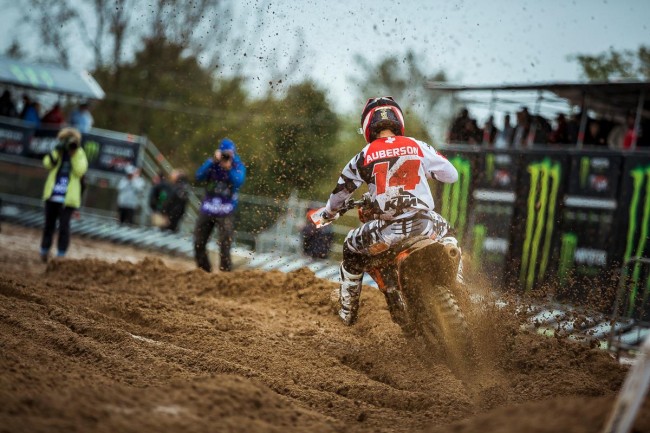 Unfortunately for the Swiss they will have to compete the main races at RedBud with two riders after Killian Auberson has been forced to pull out of the event after a big crash during the qualifying race.

It means Jeremy Seewer and Valentin Guillod will be the only two riders that will be racing for Switzerland, it’s a shame because it’ll stop them from getting a good result that they’re capable off.

The Swiss team posted the following message on social media:

“After an enormous crash yesterday in qualification, where he couldn’t avoid Geert’s bike at full speed, the worst was to come this morning.

« We had a meeting yesterday evening, and the idea was to ride safe and clean for today, without pressure. » said Marc Ristori.
And it’s actually what Killian did during the warmup, going on the muddy RedBud Track, standing on his feet in the ruts.

But a small mistake in a downhill and a low-speed crash ended Killian’s hopes : the rider just behind him couldn’t do anything but run right into him, instantly knocking him out.
The number 14 was treated directly at the Alpinestars unit and suffered (hopefully only) a concussion. No fractures, but a big headache.

Marc Ristori : « Racing for a flag is hard, cause it’s not only for you, but for an entire country and what Killian did this weekend was incredible.
Bad luck was on him and put him down but each time, he get back in courageous way.
It’s an inspiration for all of us.
Now he needs to rest, and control everything before going back to Switzerland. »

Team Switzerland wishes him a good recovery and wants to say that we are very proud of him.
You’re a tough kid”.