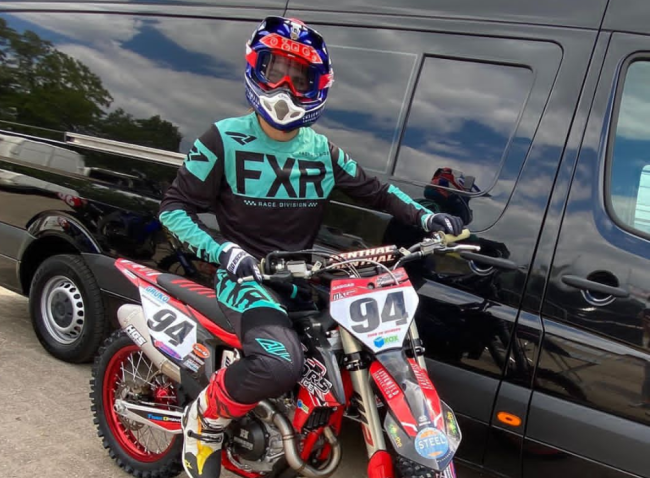 After a long time off the bike, Sven van der Mierden has finally started to put in the laps again as he prepares to make a comeback to the racing scene in 2021. The Dutch talent has signed a deal with the JH-MX team who have decided to make the switch to GasGas for the future – exciting news.

Alongside van der Mierden the team have also signed up Rutger Baauw who will focus on the Dutch Masters of Motocross next year, van der Mierden will race selected rounds of the MXGP World Championship next year and use the rest of this year to get back into shape and build up his speed.

“Happy to be back on the track after ten months. JHMX Service together with all my partners have given me a great opportunity to start building towards next season. Have a great week everybody and hopefully we see each other soon on the track”, van der Mierden stated on social media.

“We are making the switch to GasGas with the riders of Sven van der Mierden and Rutger Baauw. For this year the plan is to get Sven in good condition again and setting up the team for next year (which is already at 90%). To respect the choice of the sponsors we make the publicity around the team in December. Sven started last Sunday with riding on the bike and he was surprised by the set up, he was basically the same as Filip Bengtsson’s and Jeffrey Dewulf. The plan with Sven is riding Dutch Masters, and some MXGP’s . For Rutger the plan is make him ready for Dutch Masters step by step”, Jan Heusschen, the JHMX team manager told GateDrop.com.