Strijbos on JWR Yamaha and the future: I still love going to the gate 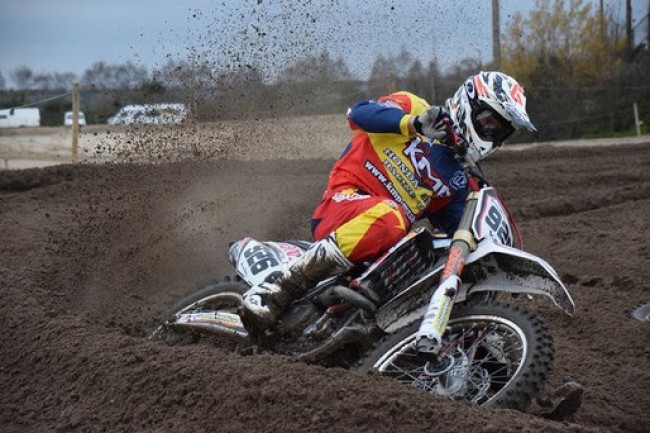 Kevin Strijbos is keen for a nineteenth year of Grand Prix racing in 2020 but admits his chances are dwindling as MXGP enters the off-season. The oldest and most experienced athlete in the FIM World Championship proved he still has the pace and capability to trouble the leading riders in the world when he used the power of a factory Monster Energy Wilvo Yamaha to help Team Belgium to the 2019 Motocross of Nations podium two weeks ago. “I can do another season but there is nothing on the table at the moment. It’s a bit of a pity,” the 34 year old said.

Strijbos struggled through a 2019 term with the young JWR Yamaha team and stock YZ450Fs. “If I will do something then I’ll get some decent bikes. After China I rode the Wilvo Yamaha to get ready for the Nations and it was so much better,” he explained. “I’m not saying my results would be top three-five every weekend [because of that] but they are a team that will do everything to make you happy. I know they are a factory team compared to a private one but it’s hard to go to a place where you are presented with a stock bike and a ‘let’s go’. It felt like they were happy with a 10th place but also a 20th and that’s not the way I like to work. It is hard to find something though.”

As one of the top Belgian riders for the better part of two decades and a former premier class championship runner-up, Strijbos has enjoyed good support through his career and is best known for his long stints with the works Suzuki team from 2001-2008 and 2014-2017. He has watched countryman Jeremy Van Horebeek also negotiate the route as a privateer, and fellow experienced peer Shaun Simpson elect to form his own squad for 2020. It’s not a direction he wishes to pursue.

“Not really, especially with something like Shaun wants to do,” he says. “If I was younger then there might have been a chance but I’m 34. I still feel good physically and mentally I still want to put in all the work but it is hard if you don’t have a team. I don’t want something like 2019 where it was one big struggle. I’m not blaming the team…but it was not what I hoped for.”

Before signing his contract with JWR, Strijbos was close to agreeing a deal to contest the German ADAC series and other national events. It is a possibility he could revisit for 2020 if the world championship remains out of reach. “I had something like that on the table last year and didn’t feel ready for it,” he confesses. “I still don’t, but if there is nothing else coming then I will take it because I still want to ride and I still love riding. There are some great tracks in Germany, old-school ones that I like. If nothing else comes up in GPs then I’ll consider that for sure. I would also be happy to be a test rider and then do some local races. I think I have enough experience.”

Strijbos is one month older than Tony Cairoli and started Grand Prix racing in 2001; two years before the Sicilian. Despite knee reconstructions, a troublesome elbow injury and the wear-and-tear of motocross, Strijbos insists the thirst to compete with the best in MXGP is still prominent. “Many people ask me about this,” the father of one smiles. “In China Marc de Reuver asked me ‘are you still having fun?’ and my answer was ‘yes’. I like being here and I still love going to the gate. He thought it was very strange, but it is something I have done my whole life and since I was three years old. It would be difficult to say ‘yeah, I’ll stop’. I thought about it a lot in the last few weeks and how China could be my last GP and Assen could be my last Nations and it’s difficult, but I also think about the good results. Hopefully something still comes up.”