Steve Dixon on the switch from Yamaha to Kawasaki in 2015 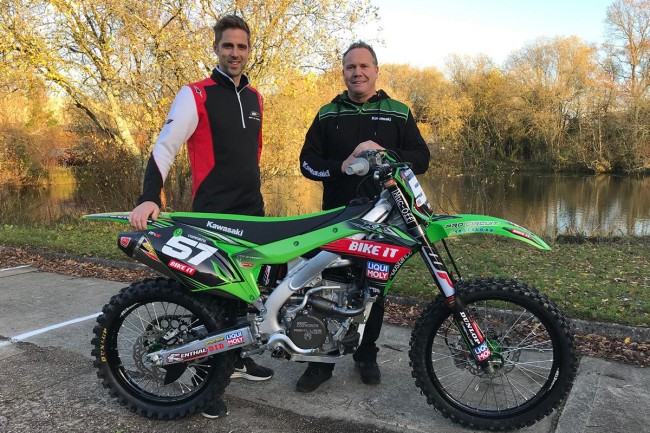 Roger Warren and Sophie McGinn recently caught up with Steve Dixon in their most recent livemotocross.com podcast show in what was a fascinating listen.

Dixon who spent 25 years with Yamaha and has a lot of fond memories with the manufacturer, opened up on why he decided to switch brands to Kawasaki for the 2015 season to start a new chapter for his race team.

“In 2014, the bike was a reversed cylinder, it was new and Cosworth said to us, it’s going to take a few months to develop to be where the 2013 team bike was. We started off an a 2013 bike and had three podium’s at the first three races. The Yamaha factory bike had been breaking down using the 2014 factory bike so then Yamaha told us to go onto the 2014 and we were basically testing the 2014 at the races and it was horrendous”, Dixon told livemotocross.com.

With the team working so hard in 2013 on the new 2014 bike, it was taking its toll as on the way back from Finland the driver fell asleep at the wheel and hit a lamppost but thankfully everyone ended up being okay. After an unsatisfactory offer from Yamaha after a year of such hard work and dedication, Dixon decided it was time for a new chapter.

“We literally nearly killed ourselves that season, falling asleep at the wheel. We were coming back from Finland and the electronics guy fell asleep and we hit this lamppost and it nearly ended all our careers. We were just so so tired that season trying to keep things going on that bike. Eventually it paid off and Yamaha came to me with this deal and it was a lot less. I said it’s not fair because you’ve seen how hard we worked and that was at Lommel on the Friday. On the Saturday and Sunday, Max (Anstie) won everything and had a double win so they came back to me with a lot better offer but I said to them, no because the old boss, Andy Smyth who retired, he knew my history and trusted me. I said what you done wasn’t fair and that’s why I sort of left and went to Kawasaki”, added Dixon.

This is already Dixon’s fifth year with Kawasaki (time flies) and so far they have a good relationship and who knows what the future holds beyond 2020 but Dixon will be hoping to be back at the front of the MX2 World Championship again after a few difficult seasons.

“Kawasaki have been brilliant as well, in our first year with Kawasaki we won 10 GP races with Max and finished third in the world so that was a good era for us”, concluded Dixon.

You can watch the full podcast here – it’s a fascinating listen as he discusses a range of details such as the riders he’s working with – Malin, Mackenzie and Anstie to name a few who all have very different personalities. Dixon also discusses running GP’s and much much more – give it a listen!