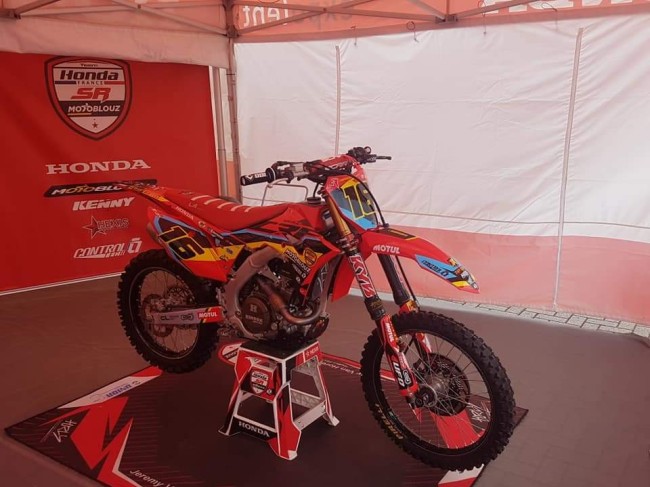 The SR Honda team only decided a few weeks before the first round of the MXGP World Championship this year to contest the full series.

The team had been contesting French beach races with Jeremy Van Horebeek but a few weeks before Argentina give the Belgian a chance of racing the entire MXGP World Championship as a privateer.

It was the team’s first year racing the MXGP World Championship. We spoke to Josse Sallefranque, the team manager, at the Motocross Des Nations at Assen and he confirmed the team would be running an MXGP team in 2020 once again but only with Van Horebeek under the awning.

Things look to have changed though as the team stated on their social media Facebook page, they’re expanding for 2020 as they’ll welcome a second MXGP rider and are also on the look out for another mechanic.

Perhaps more support from Honda Europe has made a second rider possible for the 2020 season.

“A new MXGP driver arrives in the team and we need a second mechanic to follow him during the training, the French Elite series and MXGP.  Do not hesitate to mention this to your friends and apply via PM”.

It remains to be seen who the second rider in the team will be but we’ll bring you the news as soon as we can.