Smets: Herlings must stay in MXGP 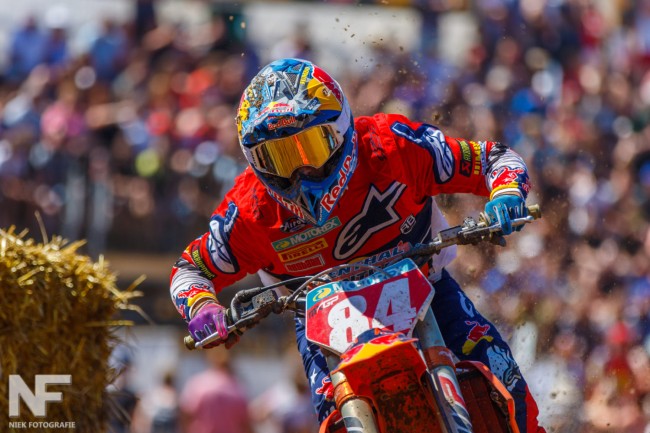 Joels Smets is the latest KTM representative to comment on Jeffrey Herlings future. It sounds like Herlings won’t be contesting the AMA Nationals after all.

There was a meeting held on Wednesday in Austria regarding Herlings future and Speaking to nos.nl, Smets says he’ll race MXGP when he makes his return to racing.

“In Jeffrey’s contract, only the World Championship is included in the MXGP. Participating in the MX circuit in America was a wish, an idea,” said Smets.

“However, KTM already has two advantages there, the American Cooper Webb and the Frenchman Marvin Musquin. Another driver would cause unnecessary rivalry. We prefer to see him alongside Tony Cairoli in the MXGP.”, Smets added.

KTM are also aware that Herlings has made mistakes in the past by rushing back from injuries too early so they want to protect him from that just to be ready for the AMA Nationals.

“We know Jeffrey’s drive and don’t want to take any risks. In the past he made mistakes and we think we should protect him against himself.”

The good news is that the team expect Herlings to be back on the bike at the end of April but there’s not yet a fixed date.

“We expect him back on the bike at the end of April, but we will not put a date on his return”, Smets confirmed.

Will there be another twist in this story or will Herlings give in to KTM and just focus on the MXGP World Championship when he makes his recovery? Time will tell on that one but there’s probably more speculation just around the corner.