SM-Action Yamaha: To get engines developed by Rinaldi 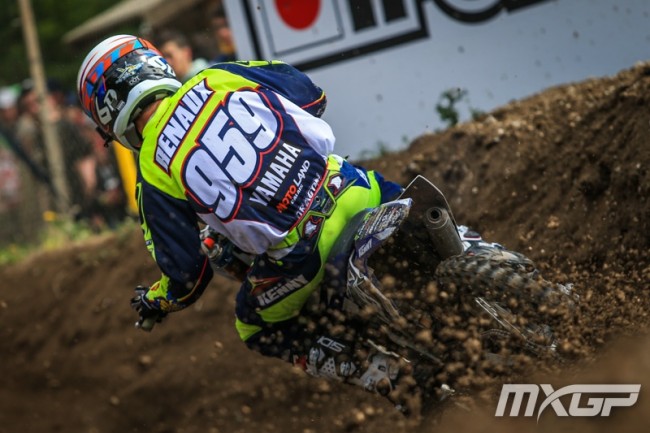 Michele Rinaldi might not be the team manager of the Factory Yamaha MXGP team in 2020 but he’s still involved in the sport as he’s decided to develop engines.

Not only will he develop the engines for the Wilvo Yamaha team which becomes full factory in 2020 but also for the SM-Action team who will receive more backing next season.

The team sent out the following press release.

Maxime Renaux and Andrea Adamo are confirmed by the Yamaha SM Action Team for the 2020 season.

In the Yamaha SM Action Team, as far as the 2020 season is concerned, the news currently concerns the reconfirmation of two of the four drivers hired for the 2019 season. French rider, Maxime Renaux and the promising young Italian, Andrea Adamo will stay on the Yamaha YZF250 of the Italian team that for next year, will have its bikes equipped with the official engines directly developed by Michele Rinaldi.

As for Maxime Renaux, his season in the MX2 world championship was characterised by a steady improvement in performances, culminating with the podium obtained at the Italian GP on the Imola track. With performances always very close to the ‘top 5’ in the second half of the season, the Frenchman showed good speed and finished his season with a 7th place overall in the competitive MX2 class. Also good was his performance in the Italian MX Prestige Championship, which ended in 4th place overall. In 2020, the French rider will renew his commitment in the MX2 class, both in the Italian championship and in the world championship.

Andrea Adamo, in his debut season in the EMX250 Championship, performed well, showing ample room for growth. The real change of pace, the Italian has implemented towards the end of the season on the occasion of the last rounds of the Italian MX Prestige Championship where he demonstrated that he can stay with the leaders and also aim for victory. Unfortunately the incident on the occasion of the Malpensa round, in the last lap of race 1, denied him this prestigious result but the Sicilian will surely be able to make up for next season. In the Italian Championship, Adamo ranked 7th overall. 2020 will see Andrea still engaged in the EMX250 Championship as well as in the Italian MX2 championship.

The Team managed by Emanuele Giovanelli and Matteo Migliori, will make their debut in the MXGP class with a first level rider and the final announcement with the formalisation of the agreement, it will be given in the coming days.