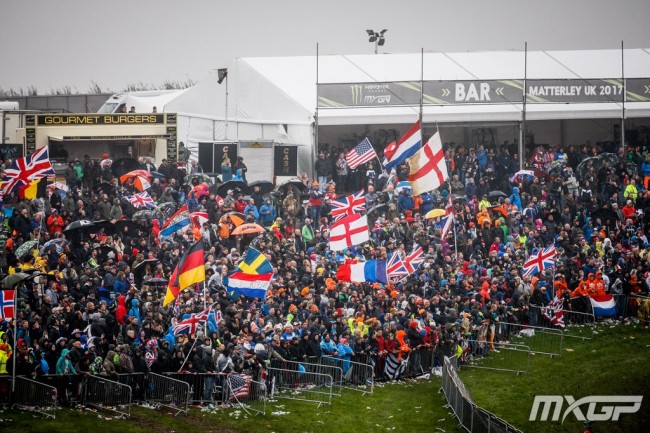 The MXGP class: There’s a lot of hype about Jeffrey Herlings V Eli Tomac but discount Ken Roczen and Antonio Cairoli at your own peril. The best thing about the MXGP class at the Nations this year is that all the big guns have decided to race the MXGP class which means they’ll take each other on three times over the course of the weekend (counting the qualifying race).

Eli Tomac and Ken Roczen haven’t contest the event in a while so it’s good to see them back at the event. The inclusion of those two means the speed at the front will be incredibly high, perhaps the fastest it’s been in quite a number of years at the Motocross Des Nations. Can MXGP World Champion, Jeffrey Herlings end his season the best possible way and win or will he be stopped? You’ll have to wait for the weekend to find out the answer but it’s set to live up to all the hype!

How the French will perform: It’s quite unbelievable but the French have won the event for four consecutive years. However, coming into the event this year as far as the French fans are concerned the way everything has been handled from the French federation and Marvin Musquin hasn’t been ideal, to say the least.

The French winning the event for the fourth consecutive time at Matterley Basin. Pic: Youthstream

After Romain Febvre ruled himself out for this years event through injury, the French called up Jordi Tixier after Marvin Musquin declined. The VHR KTM rider isn’t exactly on the level of Marvin Musquin but last year the French called up Christophe Charlier who was racing Enduro and still won the event. Even though it’s unlikely the same will happen this weekend it will still be interesting to see how the team of Gautier Paulin, Dylan Ferrandis and Jordi Tixier will perform this weekend.

Can America win in home spoil? There’s no two ways about it. The American’s are under real pressure to win the event this weekend. The Yanks haven’t won the Motocross Des Nations event since 2011. With the event at RedBud in home soil this weekend they have a real chance of winning and are many people favourites. Also, they’ve the best rider line up in quite a long time in the form of Eli Tomac, Justin Barcia and Aaron Plessinger.

Will all three riders be able to hold their nerves and win the event? Time will tell but they need to make it happen this year. Assen next year is going to be tough for the American’s with the Dutch expected to be very strong there.

The MX2 class:  Last year at Matterley Basin we saw an epic battle between Zach Osborne and Hunter Lawrence. The Aussie ended up winning on his Factory Suzuki as he was absolutely flying that weekend. This year the MX2 class is perhaps even more competitive, Osborne might not be riding but we have Aaron Plessinger, Dylan Ferrandis, Jorge Prado to add to Hunter Lawrence.

All four are in good form and it could all boil down to their starts this weekend. It’s certainly setup for some great racing and when you add the likes of Ben Watson, Calvin Vlaanderen and Jago Geerts to the frame, a surprise could most definitely be in store.

The atmosphere: The Motocross Des Nations is such a prestigious and unique event. With fans coming from all over the world to support their nations things get pretty crazy!

You can expect no different this year and with 60,000 fans expected at RedBud the atmosphere will be electric. For anyone at the event this weekend it’ll be an unforgettable experience.

Can Max Anstie show his 2017 Motocross Des Nations form? Last year was all about Max Anstie’s amazing performance. He helped team GB get on the podium which was great but on an individual level he was superb.

With some rain expected at RedBud this weekend conditions could end up similar to Matterley Basin last year. Anstie got the winning feeling last year as he won the MXGP overall by winning both his moto’s. He had the race of his life as he edged out Jeffrey Herlings for the final race of that weekend. If Anstie can rediscover the speed he had at the event last year, don’t rule him out for winning the open class this weekend!