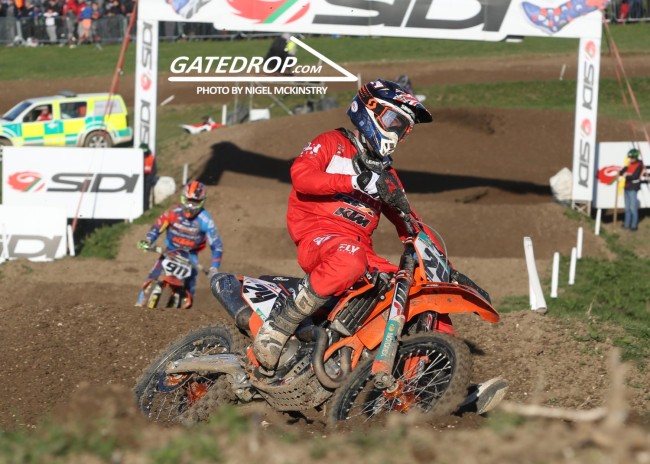 Shaun Simpson says the Turkish GP will be his last with RFX KTM in 2019 after the team decided not to go to China.

Simpson also revealed he has been struggling to feel comfortable on the bike in the last few weeks but is determined to turn it around before the final British championship and the MXoN in Assen.

Simpson commented on social media: “Another tough one in Turkey. Honestly have been struggling the last month and 16-15 was all I had yesterday with our current bike set-up. Track was technical and sketchy at times but conditions I enjoy so frustrating that I couldn’t be inside the top 10 where I know I belong. As we’re not attending the GP in China next week due to a team decision, this weekend was the last stop for me in MXGP this year.

“I’ve got a few plans that I’m confident will turn things around for the next couple of weeks so I’m in top form for the last round of the British championship and end the season on a high note at the Motocross of Nations in Assen. Thanks for the support as always!”