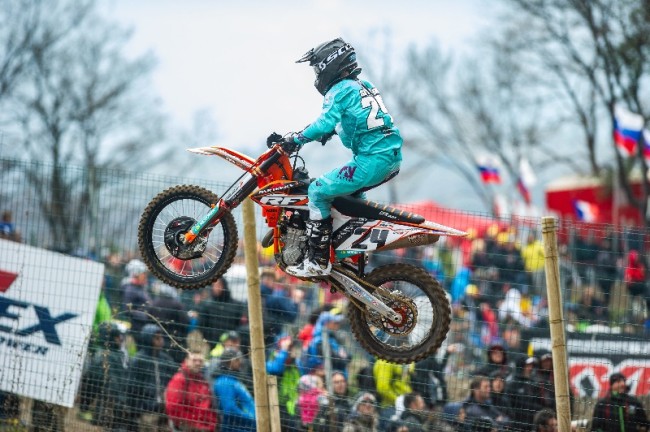 When the rain came Shaun Simpson was on the list of potential winners if not a podium but the Scotsman surprisingly struggled relative to his usual high level performance in difficult conditions.

To make matters worse the Scot suffered a second moto bike failure as he came through the field after a collision with Max Anstie, but Shaun was as honest as ever and admitted he under-performed.

“What a disappointing weekend in Mantova, conditions were tough but should have suited me, basically I under-performed,” said the RFX powered by PAR homes rider, who will now look forward to Portugal this weekend.