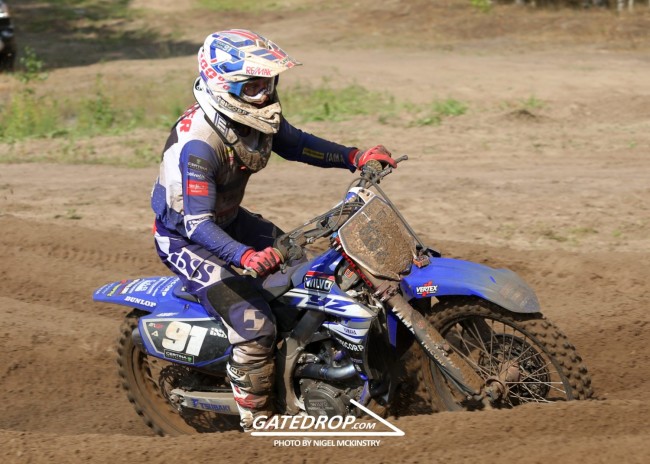 Jeremy Seewer missed out on the 2017 MX2 World Championship title to Pauls Jonass and due to the age rule made the step to the MXGP World Champinship in 2018.

After Suzuki pulled out of the paddock it left Seewer without a ride. However, the Wilvo Yamaha stepped up to give the talented young Swiss rider a ride in MXGP.

Seewer ended up eighth overall in the championship standings and secured a ride with the factory Yamaha team in 2019. Many riders would be happy with that because making the step to MXGP from MX2 isn’t easy. Also, securing a factory ride for the 2019 season is also a big positive for the future.

However, Seewer wanted more from his season so he’ll be working to get closer to the top five in 2019.

“While on my way to Switzerland and the season in the books I want to take the opportunity to say thanks to the @wilvoyamahamxgp crew for their effort this year. 8th overall in my first year @mxgp. As you guys know me, I‘m not happy with that and already looking for better in the next season. Again THANK YOU also to all the other persons and great Sponsors involved”! Seewer posted on social media.