Searle OUT of British MXGP 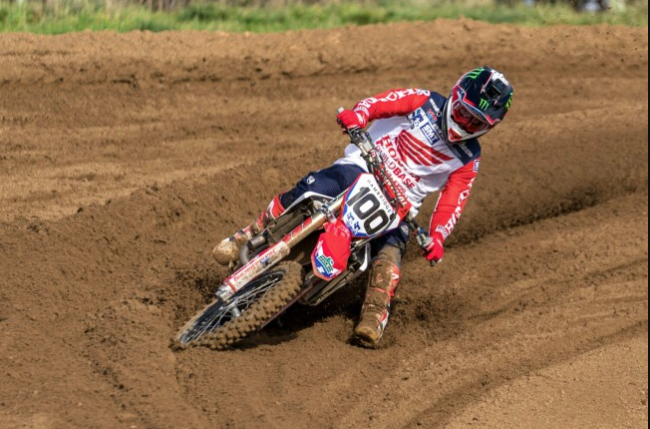 Despite announcing his decision to step away from racing the MXGP World Championship, Tommy Searle was going to contest the first round of the series at Matterley Basin in front of his home crowd as a wild card next weekend.

“@tommysearle100 has decided not to do the British GP, whilst his shoulder is now fully recovered, he wants to focus on Round 1 of the British Championship. He continues his preparation with @stevenclarke511 in Spain”, Honda revealed on social media.

With Tommy Searle not contesting the MXGP at Matterley Basin it will free up one more space on the entry list for an additional wild card entry. The final entry list is expected to be posted next week.