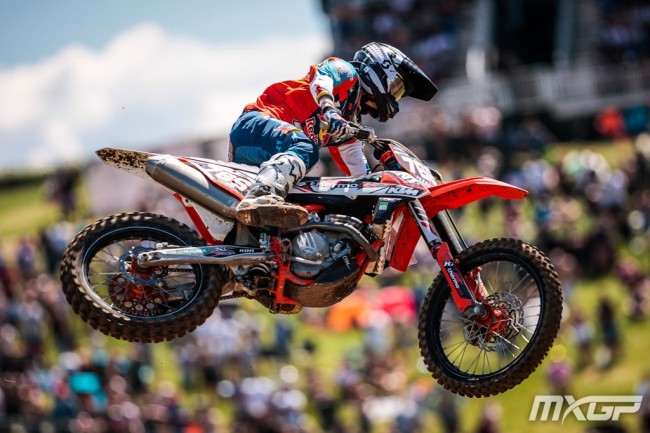 Young Austrian talent, Michael Sandner has announced his plans for 2019 and he’s made the decision to make the step up to contest the MX2 World Championship.

Sandner will move up from the EMX250 championship which he focused on in 2018 but he did race one round of the MX2 World Championship. He raced Bulgaria going 18-9 which was a pretty good debut appearance.

For 2019, Sandner will stay with the same setup, Thermotec Racing Kini KTM and contest the European rounds of the MX2 World Championship.

“It was very important for me to learn a lot internationally and that is unfortunately very difficult in the EMX250 series since you have so little driving experience on a weekend, with the MX2 World Championship you have twice the driving hours during a GP weekend”, commented Sandner.

“The goal for 2019 is to get through the season without injury, to ride consistent and fast races and give my best every race, then the success will come. A big thanks to KTM, Kini-red bull and thermotec for the great support for the successful year in 2018 and for the support again in 2019. I’m really looking forward to the new season and I am already preparation in Sardinia”, Sandner told GateDrop.com