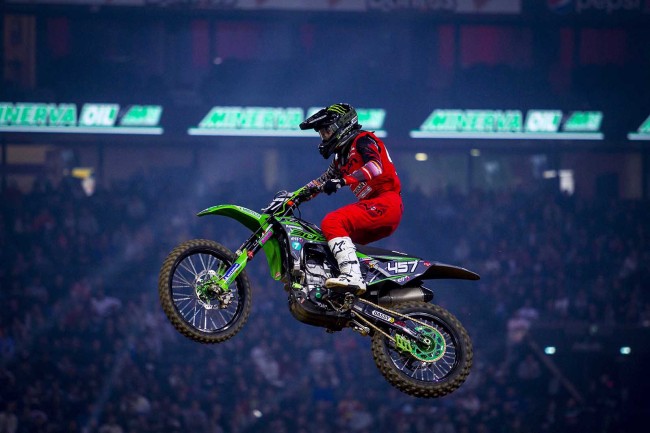 Darian Sanayei has confirmed he’ll be racing back home in America for the 2020 season.

The American has spent a number of years racing in the GP paddock. Sanayei had impressive results in the EMX250 series to secure an MX2 World Championship ride but Epstein Barr Virus hindered him last year.

Due to the U23 age rule in the MX2 World Championship, Sanayei would have been forced to move to MXGP this year and even though he had an option to stay with DRT Kawasaki, he’s made the decision to return home.

Even though Sanayei hasn’t confirmed his plans, it’s likely that he’ll will race the East Coast SX series which will give him more time to prepare. Another option is thought to be the Arenacross series.

“I’m really excited that I’m going to be racing on American soil for the first time in over 4 years”, Sanayei stated.

You can see him doing some Supercross prep:

More laps today. Eager to continue getting better at this sx stuff!