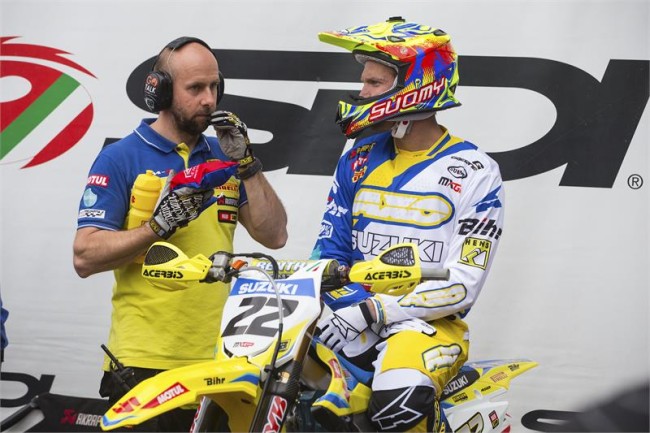 Suzuki have been out of the MXGP World Championship paddock since the end of the 2017 season after pulling out of the series.

However, recently there’s been a number of rumours that they will make a return to the MXGP World Championship and speculation has been floating around that they could make a return in 2020.

We believe that Suzuki do want to make a return to the MXGP World Championship as soon as possible but it won’t be possible in 2020 due to contract issues. It’s thought that 2021 is the year that we will see Suzuki make a return to MXGP.

Whilst it’s unlikely for the Factory Suzuki team to make a return in 2020, there’s always the possibility Suzuki Germany could step up for next year but for the full factory Suzuki team 2021 is much more likely.

We spoke to former Suzuki rider, Jeremy Seewer in Germany and he also believes they won’t be back in 2020 either.

“I heard some rumours as well about them but as I know it for sure won’t be in 2020 because they have this kind of contract but I can’t focus on that. I have to put myself in a good position and I can’t wait on anybody to come back (laughs)”, Seewer commented.