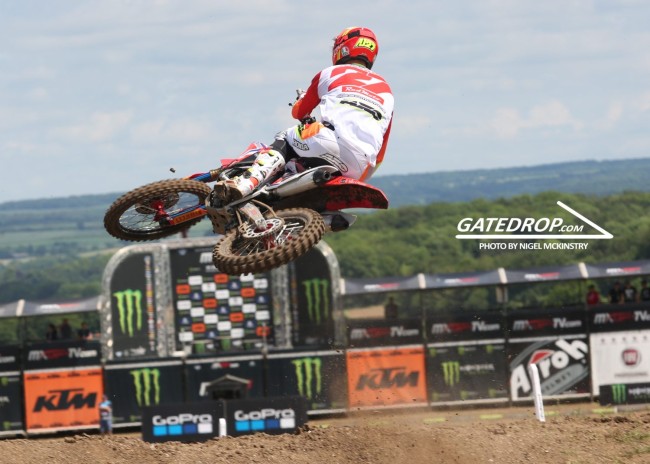 He’s the youngest rider in the MXGP World Championship and after Suzuki made the late decision to pull out of the paddock for 2018, it left the talented Arminas Jasikonis without a factory ride.

The Lithuanian inked a late deal with the RedMotor Assomotor Honda team and has showed us glimpses of what he can do so far this season. It’s certainly not easy battling against the factory bikes and riders in the past have certainly done worse than Jasikonis has with the Assomotor outfit.

Rumours suggest that the ICEONE Husqvarna team will sign up Jasikonis for the 2019 season. If the deal does happen he’ll go to one of the best teams in the paddock and have an opportunity to work with Antti Pyrhönen. Stefan Everts worked wonders with Jasikonis and if Pyrhönen can do the same we might just see him at the front on a more regular basis in 2019.

If the deal does materialise then it would mean Max Anstie would most probably be looking for another ride in the MXGP paddock.