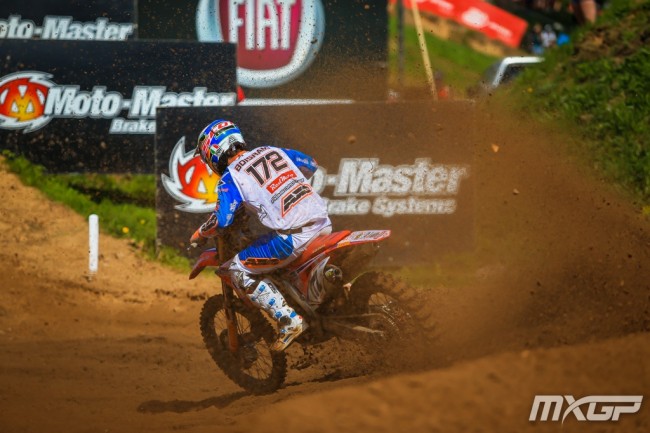 The Assomotor Honda team are a relatively new team in the paddock as they only joined the paddock in 2015. Since then the team have focused on the MXGP World Championship having the likes of Alessandro Lupino, Valentin Guillod, Arminas Jasikonis and Petar Petrov under the awning to name just a few.

However, this year they won the EMX250 Championship with young French talent, Mathys Boisrame. It’s thought the team will now shift focus towards the MX2 World Championship series as the MXGP class has been quite tough for them.

Boisrame will stay with the team for his rookie year in the MX2 World Championship and a good source has told us that Brent van Doninck will also join the team in what will be his final year in the class as long as the existing U23 age rule continues.

Young French rider, Pierre Goupillon has also been linked to the team and he’s expected to compete in the EMX250 Championship.

We will bring you official news as soon as it’s available.