Roczen (and others) suffer burns from lime at San Diego! 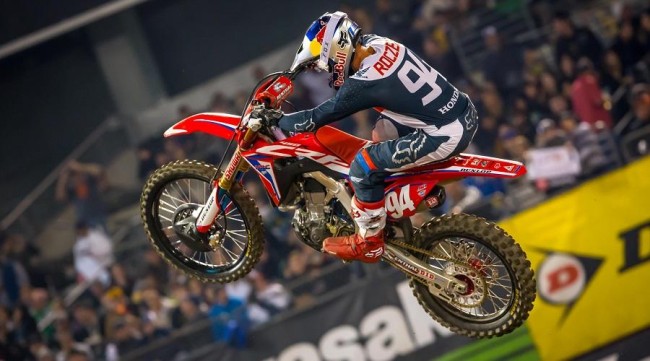 Ken Roczen has revealed that he and other riders have suffered painful burns and rashes from the lime they use to mix in with the dirt.

The German said: “Me and other riders had problems with getting burns and rashes from the lime. It’s so bad that I can barely sit today for real! Nipples are pretty much gone too lol. This sucks.”

A similar situation arose at a 125 GP in the mud at Spa back in 2000 with the likes of Mike Brown, Jamie Dobb and Grant Langston complaining of similar issues with the rain came. But nearly 20 years later it’s surprising riders still have to suffer the same issues.

Roczen still finished third on the night, losing second on the final straight before the finish-line jump but is only 4 points behind new championship leader Eli Tomac in the series.