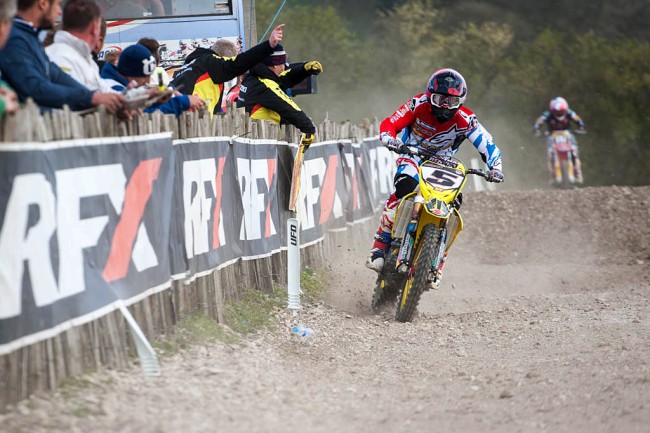 A new motocross race track officially opened up in Ireland last week as the Sperrin Motopark, located in the Omagh area was opened.

A number of riders were at the opening day and we caught up with to get their thoughts on the new track – it’s great news for Motocross in Northern Ireland.

Jason Meara: The new Sperrin track is every motocross riders dream. It’s really fast, really big jumps and a real fun layout. It’s great that we have had so many tracks opening lately as it’s helping all us riders.

Glenn McCormick: The new sperrin track is awesome and we are very lucky to have it, hats off the Alfie smith on the track build and mick for the work that’s went into it! It’s really nice to see.

Jake Sheridan: Sperrin MX is a great track it’s fast, big jumps and plenty of off camber corners. It’s like an old French GP track, it’s really fun to ride and I think it will bring a lot of riders on when they head across the waters. So a big well done to the Sperrin mx team for building the track for the riders, thanks guys!

Mel Pocock:  Sperrin Motopark, it’s a brand new track. I think it’s going to be used by many good riders. It’s a GP style track, it’s as wide as you’d ever want a track to be with lots of nice, fast jumps. It’s a safe track, it’s not like you will go out there and kill yourself, it’s all been thought about and it’s safely led out. I think it’s going to be a great track for many years, I hope they have some good races there and I look forward to coming back again riding it myself.

Greaeme Irwin: It’s a really really good track. It’s nice for Northern Ireland, obviously we have Desertmartin being a sand track. It’s really nice now to turn around and have a GP standard hard pack track as well. Alfie Smith, Joe and all the boys who have helped Mick out with the track, they’ve done a fantastic job. I think it’s going to be really good for racing, it’s going to change the preparation at home for the racing. It’s just a modern hard pack Motocross track and I think it will make really good racing.

Reece Ross: I didn’t even want to take of my goggles, I just wanted more petrol so I think that says it all really. I found the track technical, flowing and very fast with perfectly formed jumps all big but very safe.

Alfie Smith (track designer and builder): Myself and Mick started talks back last October and he sent over some videos and photos of the land. All looked good so I flew over to take a look at the venue! The field and surroundings were amazing and I knew we could build something pretty cool, so I went away and done a few plans in what I thought was best! Build wise was good, it had its altercations but all in all was good. Joe Moran come up to give me a hand for the first week so it was good to have him about and mick was also on-site keeping busy! Mel Pocock and Graeme Irwin came up once the track was roughed out and done few laps which put our minds at rest that the track was working well. So now the track is finished, I’m happy with the end product, received a fair bit of positive feedback from the riders which is always nice. Hopefully a lot of riders get to enjoy the track and it’s a positive step for motocross in Ireland and Northern Ireland!